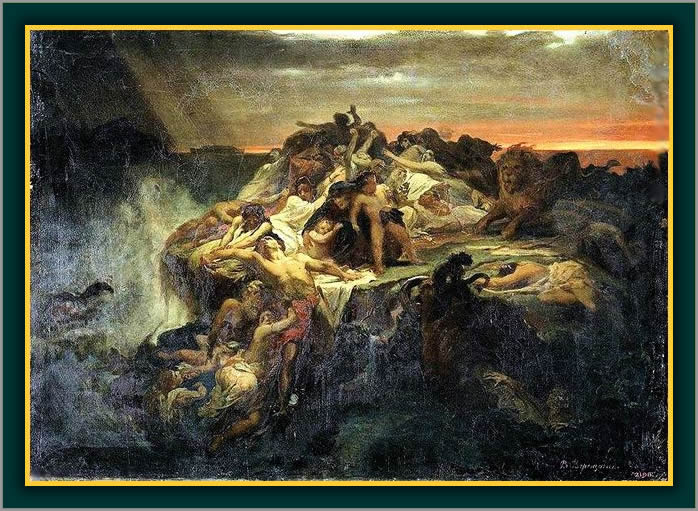 One of the great consolations of contemporary time is the uncovering of evil. For millennia, “…we petty men walk (have walked) under his huge legs (the Colossus’) of our present day “democracies” and “peep about to find ourselves dishonourable graves”.

in a world far removed from its own ancient history, our Colossus could be anyone.

Endless debate has always said, all it would take is for one mad man to press the button. It could be anyone – Trump? Modi? Xi? Putin? Or some misread unread ISIS jackass unworthy of the barest respect? Or a North Korean cretin with the uninfectious delight and glee of a child-man watching horror unfold; a dangerous megalomaniac of instability, a pathological murderer. In messianic reversal, the one idiot the world has always been in dread of, ever since the nuclear bomb became such an unmitigated & wondrous threat and the secrets of its making were so much out of the bag, has been the button-happy lunatic. And here we have him now.

But we will not allow cynicism to win the day. Instead we must insist that the philosophical and spiritual wisdom of an all-seeing Universe far outweighs any apocalyptic anxieties and fanciful presumptions.

Kalyug  and John’s Revelations have much in common ( as indeed they should, sharing a common heritage in the belief of creation, preservation and correction) but more pertinently, that evil must be allowed to show itself, in order for it to be decapitated.

That’s where Ma Kali comes from.

And so it was for Yeats to wonder, ” What rough beast” (after “twenty centuries of stony sleep”…brought to a nightmare by a rocking cradle)….slouches its way to Bethlehem to be born…..