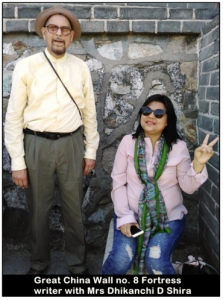 In a posh restaurant in Xi’an, I was guided to the ladies lavatory. On exit, a necktie perched on the tail of an artistic iconic horse, amotif of Chinese mythology, drew my attention. I could sense the stop gap shutout of the gents toilet to help out whom the tie belonged. I was impressed by the helpfulness of the staff, though I have yet to guess the symbolic significance of the pony’s tail. ‘AtithiDevBhav’. They are the best hosts.

China’s culture is considered the oldest, still extant, in the world. The name`China’ comes from the Sanskrit Cina. The Civilization is very peculiar, distinctive from others because it is likely one; among most ancient civilizations that have particularly maintained a cultural continuity and philosophical cohesion throughout its history, thanks in part to its geography location that is unique, situated at the end of the Asian continent facing the Pacific Ocean, which allowed them to keep their strong culture pretty much intact, but thanks also to their way of life, which was very intimate keeping their distances from the influences of the outside world across. People are great art lovers. I admire the innovative creativity in the ‘murals from junk’ and ‘paintings on stones’, especially in Zhujiajiaotown, near Shanghai. 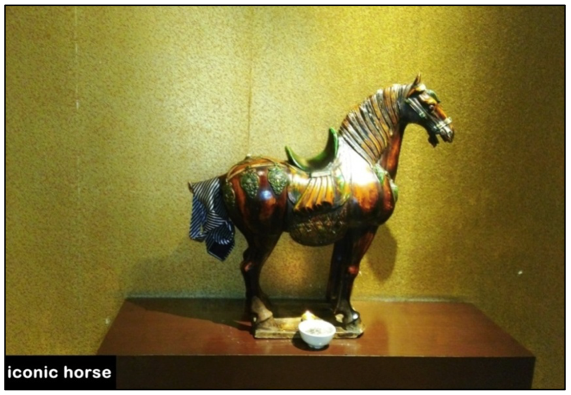 Chinese contemporary art was actually born in Beijing. In 1979, a small group of artists mounted an unofficial exhibition on the park railings directly opposite the National Art Museum of China. The show lasted just two days before being shut down, but the seed for China’s grass roots arts movement and spirit of collectivism was sown. A decade later, a few collectors were buying Chinese art. ‘Now Shanghai is competing with Beijing to become China’s cultural capital’, revealed Mr. Sundeep Bhutoria, an Art collector himself; and representing World Federation of United Nations Associations (UFUNA) on a team visiting China.

Of all the Chinese artworks, the most demonstrative are Bronze Vessels, Folk Toys, Calligraphy, Poetry, Cloisonne, Painting, Silk, Lacquer, Porcelain, Terracotta Army, Seals, Opera and Shadow puppetry. These works not only reflect the culture of China but also the talent which the people possessed.

Bronze Vessels were filled with a multitude of meanings. Chinese folk toys bring beauty and art into ordinary lives and capture the customs and beliefs of ancient China. Poetry too was an important part of art. During the Tang Dynasty poetry became so important that writing poetry was part of the examinations to become a civil servant.

The Ancient Chinese considered writing a highly stylish form of art. The calligraphy of China raise the level of their artistic decorations and was perfectly integrated into their pictorial representations, on the embossment of practical bronze vessels, as well as in the grip of weapons, in their beautiful lacquered wood objects, in their colorful textiles of exquisite beauty and even in decorative wood elements that were part of its buildings. 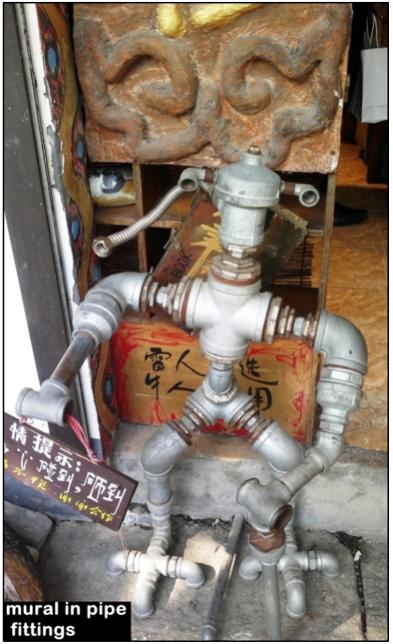 Cloisonné is an ancient technique for decorating metalwork objects. The utensils are usually made of copper or bronze over which thin copper wire is glued or welded to draw decorative designs or themes. Chinese culture is closely identified with nature, in which the rivers and mountains occupy the center of their attention. Nature is widely represented in their paintings and ceramics decorations, even the buildings were made with shapes that resemble the mountains.

Chinese architects and craftsmen from ancient times combined the architectural features of the buildings with its surrounding and integrate them perfectly balanced with nature. With this representation of natural elements, the Chinese people wanted to get a balanced integration between man and nature; who poured their imagination into decoration of objects such as pottery, paintings and weapons.

The bronze also was used in domestic tasks developing vessels to contain wine and water, although its high content of lead may have been harmful to their health. The invention of a method to print with ink over paper made from rice paste was one of the most significance.

In China, the elaboration of various wooden objects becomes also a trade which passes from father to son for generations; as other trades did. Bamboo and precious wood objects were developed for centuries by them with practical use and detailed decoration, some with very difficult intricate designs, among them hand fans, jewelers boxes, containers for incense, as well as diverse architectural elements  doors and windows in which not a single nail is used, but putting instead overlapping wood pieces with a pretty clever technique that has tested for centuries the efficiency of their innovative constructive skills using wood. 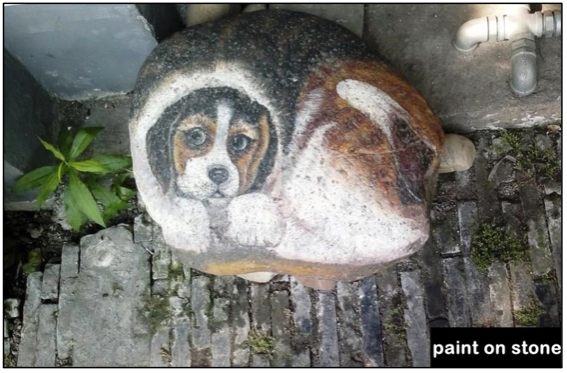 Great Wall of China, a renowned architectural wonder made to protect the country along miles and miles was at the top of mountains, taking advantage of a natural geography of a protruding landscape. Today, the Great Wall is generally recognized as one of the most impressive architectural feats in history. A popular claim that emerged in the 20th century holds that it is the only manmade structure that is visible from space. Mrs Dhikanchi D Shira, chairperson, MREGC is among the world leaders having visited this UNESCO world heritage site.

The Ancient Chinese mastered the art of making silk from the cocoons of silkworms. Painting was often inspired by poetry and combined with calligraphy. Many paintings were sceneries that featured mountains, homes, birds, trees, and water. 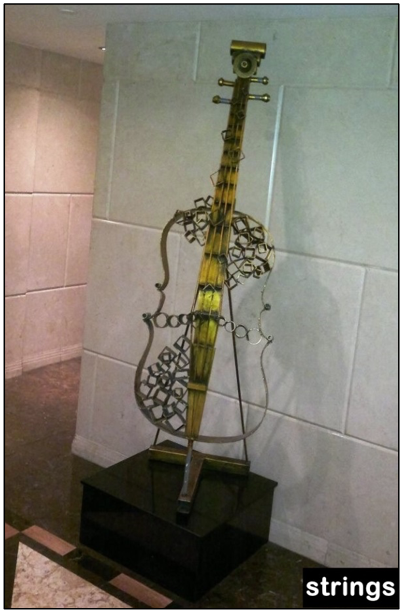 Terracotta Army is one of the greatest examples of Ancient Chinese art. Terracotta Army was made for the burial of the first emperor of China, Qin Shi Huang. This was done to protect him after life. Terracotta Army includes sculptures of 8000 soldiers and 520 horses. Each sculpture of soldier has been given a unique face. These sculptures were life sized. The minutest details such as their uniform, weapon and armor have been well reflected. .

Chinese have always enjoyed an indigenous system of construction that has retained its principal characteristics from prehistoric times to the present day. Combining traditional Chinese designs into modern architecture is a great effort.‘Our Western-trained Chinese architects are doing it..’ Moreover, the pressure for urban development throughout contemporary China required higher speed of construction and higher floor area ratio; and the demand for traditional Chinese buildings, which are normally less than 3 levels, has declined in favor of modern architecture. However, the traditional skills of Chinese architecture, including major and minor carpentry, masonry, and stonemasonry, are still applied to the construction of vernacular architecture in the vast rural area in China. Classical Chinese buildings, especially those of the wealthy, are built with an emphasis on breadth and less on height, featuring an enclosed heavy platform and a large roof that floats over this base, with the vertical walls not well emphasized.  The halls and palaces in the Forbidden City, having rather low ceilings remain one of the best examples of traditional Chinese town planning. Chinese architecture stresses the visual impact of the width of the buildings.

In contrast to the buildings, Chinese gardens are a notable exception which tends to be asymmetrical. The principle underlying the garden’s composition is to create enduring flow. They made gardens with gentle and simple designs with the intention to represent a perfect microcosm where water, plants, flowers and animals decorated objects of everyday life that are perfectly combined; that have been conserved.

Progress achieved in the exploitation of renewable energy sources is praiseworthy.

Traditional Chinese medicine (TCM) is primarily used as a complementary alternative medicine approach and has been the subject of controversy within China. The Chinese government however, has taken the stance that TCM is a science and has continued to encourage its development. 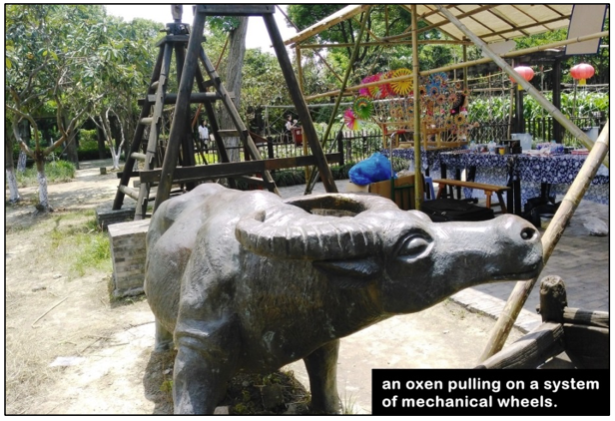 For agricultural purposes the Chinese had invented the hydraulic-powered trip hammer. Although it found other purposes, its main function was to pound, decorticate, and polish grain that otherwise would have been done manually. The Chinese also innovated the square-pallet chain pump powered by a waterwheel or an oxen pulling on a system of mechanical wheels. Although the chain pump found use in public works of providing water for urban and palatial pipe systems. 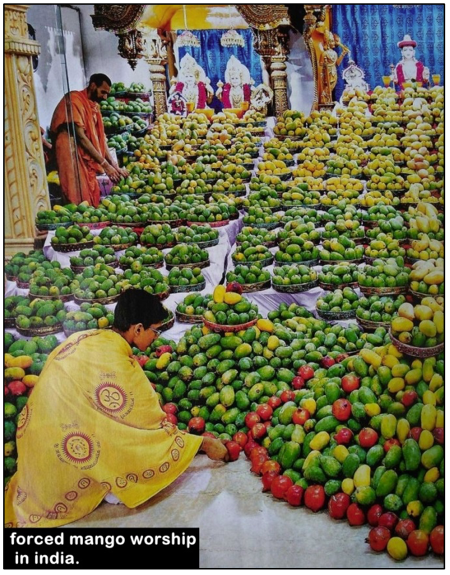 Though about one tenth of China’s farmland is contaminated with heavy metals, according to the Ministry of Environmental Protection of the People’s Republic of China, yet today, China ranks first in worldwide farm output. Agriculture is a vital industry in China, employing over 300 million farmers ‘There were times when we had not enough, now we have plenty and we like to share with our neighbours, but not a grain to waste..’

The main fruits produced in China are citrus, melon, apple, pear, grape, banana, pineapple, litchi, kiwifruit and longan. I came across a ‘painting of mangoes’ in a magazine while flying over China, but there were no mangoes anywhere in the land. ‘We have our own fruits in abundance…’

Back home pity the priests forced to arrange this extraordinary array of mangoes before the idols in a Swaminarayan temple in Ahmdabad. I wonder how we get Chinese apples in Shimla.

With inputs from China UNA. Special thanks to li Nan * India Today