With tourists flooding the town to get a respite from the summer heat, Manali this season even suffered an unprecedented day-long traffic jam on 24 June that took children two to three hours to reach home from their schools which was just 2 Kms away.

Then, of course, there were freak incidents that made headlines. A cloudburst between Patseo and Zingzing Bar had blocked the Manali-Leh highway for a good 17 hours.

All this simply points towards the need for a rethink on the tourism policy of the states.

Manali has been crumpling under intense tourist pressure for several years now. According to one estimate more than 23,000 tourists visit the town every day in the month of June and a large number of them are headed for the Rohtang Pass. 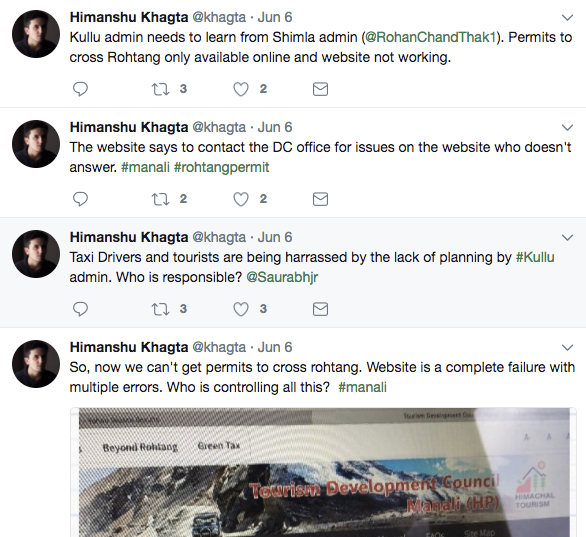 A diktat by the National Green Tribunal (NGT) caps the number of vehicles permitted to go Rohtang at 1200 in a day, this has created more confusion and chaos as the taxi operators with permits are now cheating tourists by charging heavily for the privilege of getting to the snowcapped Pass.

Not adhering to the government rates that start from Rs 2,400 for a small car, they are reportedly said to be charging up to Rs 8,000 for the 50 km journey to Rohtang Pass.

The administration did blacklist around 3,000 violators but that brought the tourist township to a halt as it led to a mid-night strike by taxi operators and turned a already bad situation to worse. 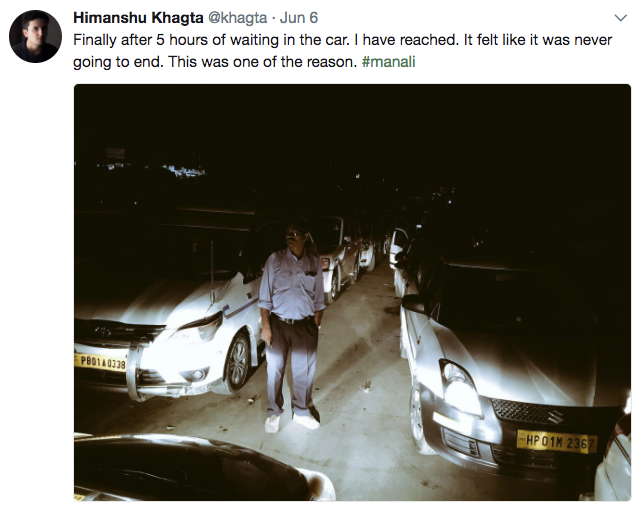 The years tourist season in Manali started with a nightmarish experience. Water scarcity, lack of parking spaces and traffic snarls have become a routine. Things get worse on weekends when people from nearby towns of Punjab and Haryana arrive and the footfall of 20,000 people on an average can double up on Saturdays and Sundays. There is simply no space to park and hardly any to even walk.

The ever going construction for upgrading Manali highway into a 4 lane between Kiratpur and Manali was another add on to the chaos as this stretch has become prone to land slides and frequent traffic grumbles. It is a common refrain that the drivers from the plains hardly have any idea of driving in the hills and try to overtake other vehicles frequently, thus breaking the line and causing road rage fights.

Overcrowding of people and vehicles has led to a decay in civic amenities. The result is that heaps of filth and public easing along the narrow roads has made it very difficult for the pedestrians to even stroll on the Manali Mall Road. 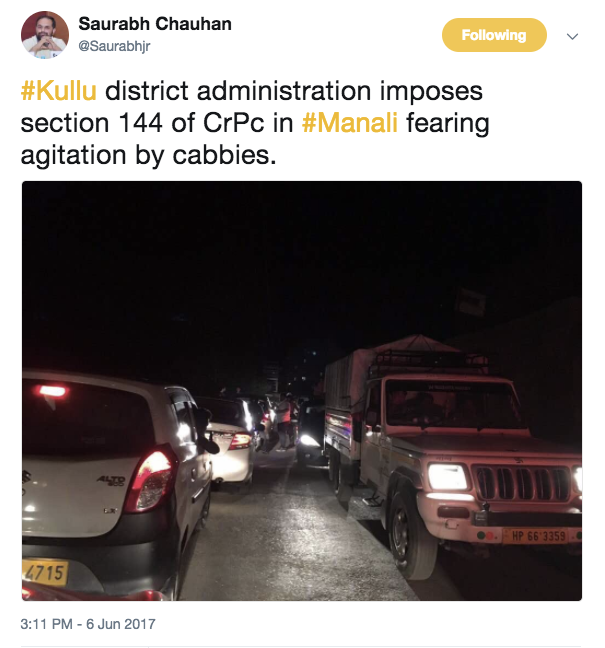 “Tourism has to be de-centralized and at certain places mass tourism has to be discouraged. Both our governments and tourists have misunderstood the concept of eco-tourism. A de-centralized development of tourism is about being sensitive to the environment where the common man living in far-flung areas that have an abundance of natural beauty is also a beneficiary. It does not mean construction of big concrete resorts in jungles.

Everything cannot be left to the courts to decide because courts can only give orders. It is the government and the administration that have to implement them in true spirit, says Vikarmjeet.