Shimla:  This hill state with a number of ace volleyball players recently lost Hemant Chtranta, a player and coach of the game, who died on 2 July in fatal road accident near his native village in Jubbal valley, leaving behind family and local residents in pall of gloom.

To honour the contribution he made for the game, we will be holding a volleyball memorial tournament on his birthday, next year, said Govind Chtranta, uncle of the deceased. 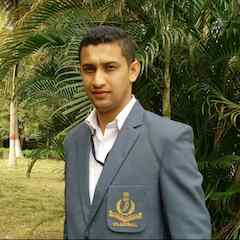 Born in 1991, in a humble rural background at Thana village of Jubbal, Hemant Chtranta was returning home on the fateful day when his car skid off the road just 2 km short of his village home, fatally wounding the young man.

Hemant had served as chief coach in 43th Junior National Chandigarh Championships, representing the Boy’s volleyball Team held at Paravoor Kerela in 2016-17 and was also a coach for inter University North Zone all India Women’s team at Chandigarh.

”His promising life, cut short by the accident has come as a jolt for the entire family,” said Govind Chtranta. “We intend to keep alive his memory by contributing towards the game of volleyball, something that Hemant was passionate about,” he added.