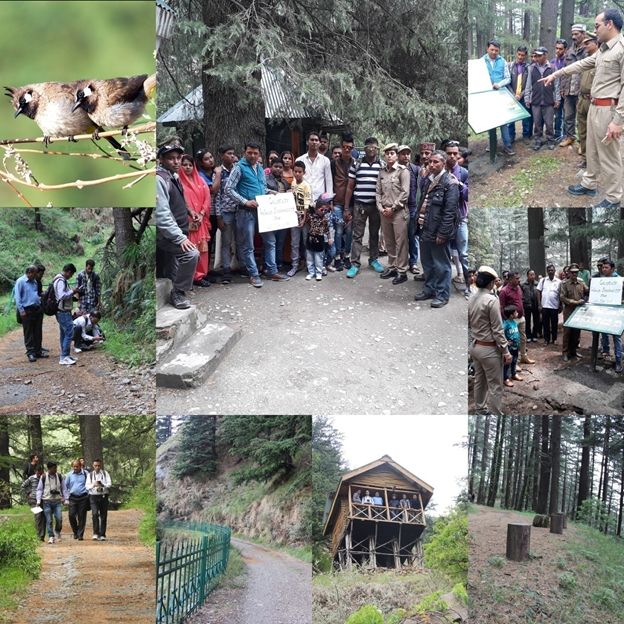 Perhaps for the first time in Himachal, the International Day for Biological Diversity which fell on 22 May each year, was celebrated in a concerted way across the state. There were celebrations in Hamirpur, Bilaspur, Mandi, Shimla, Lahaul-Spiti, Kullu, Kangra & Kinnaur. Participants included teachers, students, wildlife staff, botanists, zoologists, wildlife biologists and enthusiasts from the general public. Nature walks were organized for birding, observation of flora and butterflies and locating other wildlife.

The general idea was to enrich the participants with the diverse wealth of our biodiversity and particularly to convey the urgent need to know and conserve the many species which share space with us, but are either unknown to many of us or just taken for granted. A better awareness of the ‘Life’ around us would leave many with much satisfaction. And, may be trigger an urge to do something about it!

Over a hundred people took part at various places. Not very encouraging, is it? But this is the first time. Prior publicity and linking with other Nature groups could greatly boost this number.

What was seen and recorded, however, is quite impressive. The various groups together observed 151 species of plants, 133 species of birds, 25 species of butterflies and 7 species of mammals all over the State. (A complete species wise list can be made available to those interested. Contact: [email protected])

Photos of some of the common and not so common wild plants seen during the nature walks illustrate the floral diversity (and its beauty) we have in Himachal.

Some photographs of the spectacular birds seen that day:

The butterflies too were a delight:

And so were the big and small fellows!

The event was jointly organized by the Wildlife Wing of the Forest Department and the State Council for Science and Technology.