Dharamshala:  Governor Acharya Dev Varat said that centre shall be requested to open a NDA in Himachal Pradesh. He was delivering the chief guest speech at the annual conference of HP Ex servicemen league on 23 rd May at OSA Auditorium in Dharamshala. Reacting to the demands of the league the Governor assured that centre shall be pleaded to give the share of Himachal youth on the merit of bravery and not on population in recruitment in the armed forces. He saluted the brave soldiers of VEER BHOOMI called Himachal .

Earlier the chief of the Ex-servicemen League of Himachal unit , Maj Vijay Singh Mankotia requested HP Governor Acharya Dev Varat to raise the issue to increase the recruitment quota of the state in front of the central leadership of India. In the annual conference of state ex-servicemen league of Himachal in Dharamshala on Tuesday the ex state minister Mankotia said ,”Army is the major source of employment in absence of industry in Himachal. And also the state youth has a record to place themselves on the front line for bravery in the armed forces , as such the demand of the raising of the quota is genuine.” 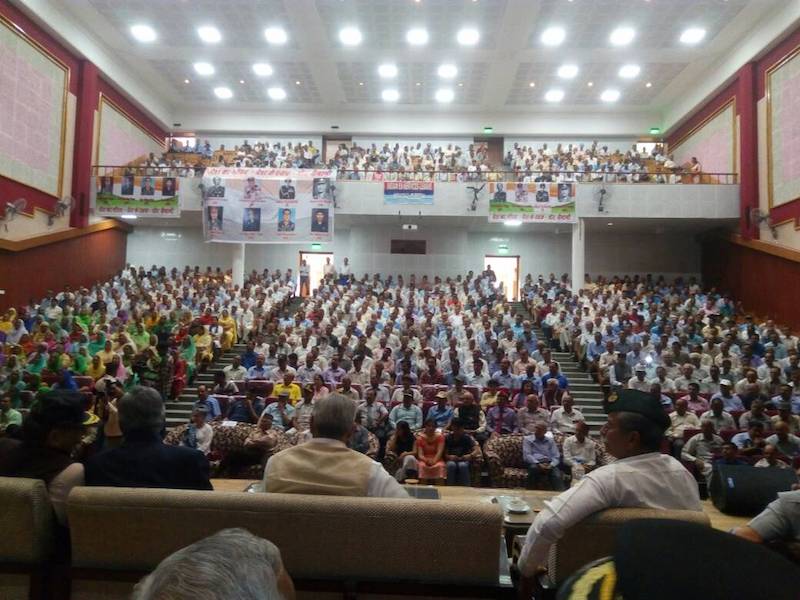 Addressing the governor, who was the chief guest of the show, ex-army man turned politician Maj Mankotia said, “The government if its wishes so a Himachal regiment/corps can easily be raised.

He also demanded that the case of Captain Saurabh Kalia (1976–1999), who was brutally tortured and murdered during the Kargil War while being held as a prisoner of war by Pakistan Army, be also be taken to international court to get justice on the lines of Kulbhushan Sudhir Jadhav. He also demanded that the syllabus of Himachal schools and colleges must be amended to include the histories of the great soldiers of the state who lost their lives fighting for India

Governor Acharya Dev Vrat honored the family of Capt Kalia along with four Paramvir Chakra Winners of the state in its annual convention on 23 rd May at Dharamshala . they were the families of Major Som Nath Sharma (1st PVC winner of India) resident of Dadh near hear, Lt Col Dhan Singh Thapa of Dharamshala, Captain Vikram Batra of Palampur and Sub Sanjay Kumar of Bilaspur (All PVC winners). 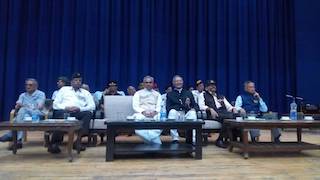 Beside this, the family of Ashok Chakra winner of Himachal Major Sudhir Walia was also honored. He said Himachal has a honor of 940 gallantry award winner soldiers in this small but brave state .

Praising the Modi government of the centre Mankotia said, “In 70 years of independence Modi lead government is the only one , which gave the right of soldiers in the shape of OROP one rank one pension, the three instalments of which been paid to the army men, and the last instalment is due in coming August.” He said the Modi government also gifted the servicemen with the gift of 7th pay commission’s recommendations benefiting each one.

The N\national head of the league Lt Gen Balbir Singh was also present in the conference.