In an another achievement for Himachal Cricket Association , HPCA , a maiden cricket ground in Shimla district at Gumma would be inaugurated and dedicated to the people of the state on the 1st of June 2017.

Stating this in Dharamshala today Mr Mohit Sood , Press Secretary HPCA said, “Anurag Thakur MP and Ex president BCCI will inaugurated the facility in presence of president and members of the Shimla District Cricket association and lot of prominent leaders and people of the area. .The ground at Gumma has been built at an altitude of 5500 ft above sea level around the areas famous for apple and vegetable cultivation .” The world fame Dharamshala stadium is at 1457 m (4780 ft )above sea level. 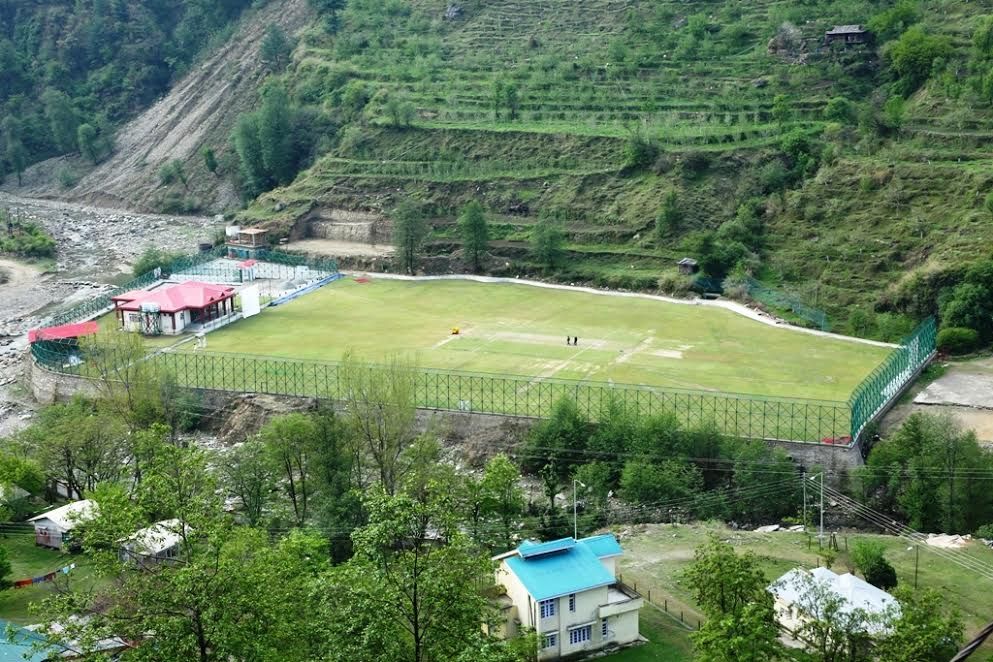 Sood said that HPCA has been consistently working for creating world class infrastructure in the small hill state of Himachal and this is a small step in that direction. HPCA have already built good stadiums and infrastructure in other districts of the state and would work steadily on our commitment towards one world class stadium in each district . “To name some other than HPCA stadium Dharamshala, we have stadiums in Amtar in Hamirpur district and at Bilaspur ,in Bilaspur district,where top level cricket being organized now and then,” added Sood.

He futher said that the new facility at Gumma is dedicated to the upper Shimla area which has lot of hidden talent and potential. With this facility coming up in the hinterland of Shimla district HPCA is hoping that good talent will be scouted from the area and the youth of the area will get an arena to showcase their talent in a world class infrastructure and would surely pave the way for them to get into the national team and don the official jersey .

The HPCA facility at Gumma will have a pavillion , dressing rooms , practice area , 4 turf wickets, and an outfield where class 1 Bermuda grass has been specially planted to give the players an international playing experience .
“We are committed to provide world class infrastructure to the cricketers of Himachal and we take this opportunity to request the government and sports authorities to grant us a suitable piece of land around shimla so that we can create another international stadium as beautiful and picturesque as Dharamshala. We have a strong belief and dream to put the erstwhile summer capital of India on the world map of sports and cricket ,” said Mohit