Manali: The Himachal Pradesh wildlife department has transferred a pair of cheer pheasant, a beautiful but rare bird from the Chail breeding center to  Nehru pleasantry in Manali for display.

Satish Gupta, a DFO with wildlife Shimla while speaking to Hill Post said that there are 54 Species of pheasants in the world of which 17 are in India and only 7 of them are found in Himachal. 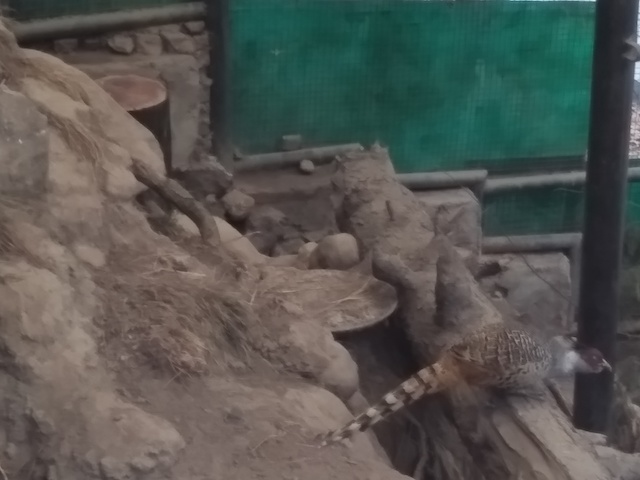 Cheer pheasants lacks the colour and brilliance of other pheasants and has a buffy grey plumage and long grey crests. Its long tail has 18 feathers and the central tail feathers are much longer which are mainly of grey and brown colour. The female is slightly smaller than the male.

Males are monogamous. They breed on steep cliffs during summer with a clutch of 10 to 11 eggs. In studies conducted in upper Beas Valley, cheer pheasant was found to be sensitive to human disturbance sites, suggesting substantial numbers exist in this area (approximately 200 birds).

He added in another survey in 2010, cheer pheasant was detected in 21 calling sites in Kullu district of Himachal Pradesh. They are found mainly above 6000 feet altitude and up to 10000 feet in summer.

Gupta disclosed habitat loss, small population size and because of hunting in some areas, the cheer pheasant was extremely vulnerable and was on list of International Union of Conservation of Nature (IUCN) of threatened Species.

Gupta disclosed that these pheasants feed on root tubers, bulbs, seeds, insects and worms.  During breeding time in May-June there normally are 10 to 12 eggs in one nest clutch.

Tilakraj DFO wildlife Kullu said that if breeding of cheer pheasant is successful, it will make a record and also ensure safety of this species in future.

Tilakraj said that the bird is under threat from poachers and the wildlife department is trying to breed in captivity so as save the specie from extinction. “The bird can thrive in Himalayan forests, away from human populated areas,” he added.

Maan Singh, a caretaker at the  Nehru pleasantry disclosed that the pair of cheer pheasant is in good health and had adapted to the climate of Manali.

The Monal breeding centre in Manali has CCTV cameras installed to capture all activities of the captive birds that helps in studying the behaviour of every cheer in the aviary.

The captivity enclosures are so located and designed that the birds are isolated from any human interference which gives them a feel of being like in their natural habitats. Arrangements have so been made that animals or birds don’t harm them.