Shimla: Dominance of Verka milk supply in Shimla faces a stiff challenge for Amul, the started supplying fresh milk in the hill township only three days ago.

Suresh, a milk vendor said, “the local distributors are attempting to hinder Amul from penetrating the market and are even dumpling larger supplies of Verka than what they used to do so earlier.”

A retailer disclosed that where Verka was handing out a commission of Rs 8/- per crate for sale of milk pouches but Amul had sweetened the deal with Rs 16/- per crate. Moreover, Verka was not compensating or taking back pouches that were damaged and leaking, Amul had offered to take back such damaged packagings.

Having tried out Amul fresh milk, Hitesh Joshi says, “quality wise it matches if not beats the Verka brand that I was used to.” 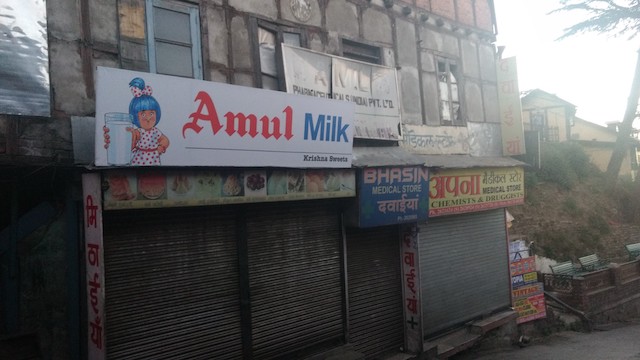 Naresh a morning walker pointed out that there was intense early morning competition among the milk supply distributors as each one was trying to beat competitors from reaching the retailers before rivals.

“Even in cold December mornings, a heated competition over capturing the milk supply market was being played out”, he said adding, “earlier some distributors were lazy and only reached the retailers by 8 or 8.30”.

Besides, Verka and Amul, Shimla is served by Reliance, a local brand Kamdenu, HP Milk Coop Fed, and other players