Dehra Dun : A World Heritage site, the Valley of Flowers closed down for tourists on Monday, but not before a record 10,000 visitors had come to the place from June 1, when it had opened  for public. The Valley closes down for the winters on Oct 31, because it is also the time when the seeds of the wild plants in the valley propagate.

A spokesman of the Nanda Devi National Park, in which the valley falls said that allowing tourists during this time would be detrimental to the propagation of the wild flowers, as there is a tendency amongst visitors to pluck flowers and in the process, they also pull out entire plants, which, though done unknowingly is not in the interest of the Valley. 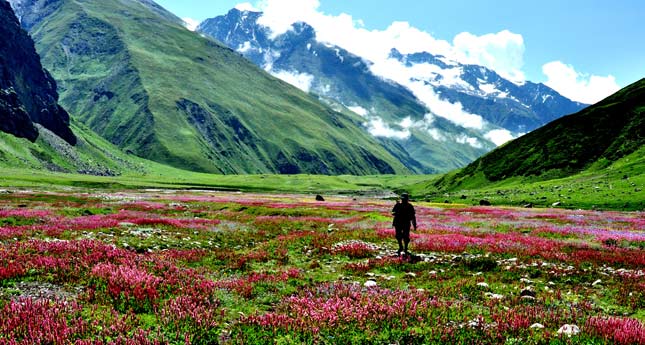 The Valley was closed to tourists for eight months after the June 2013 Kedarnath tragedy in which  thousands of people were reportedly killed in the flash floods and was opened only in 2014 when 4066 tourists visited it. In 2015 the number of tourists increased to 6510, whereas this year the number has gone up to a record 10,000.

The trekking route to the Valley was badly damaged in the 2013 deluge, but the forest department staff worked overtime to restore the trekking route and also made resting and view points, because of which the footfalls are increasing with every passing year. 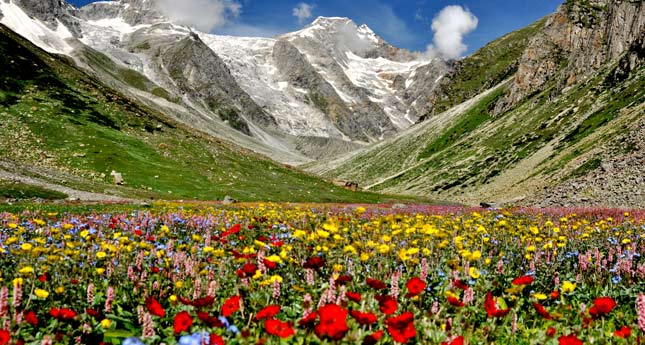 The Valley Of Flower contains a high diversity of alpine flora which is considered representative of western Himalayan alpine shrub and meadow ecosystems. Many of the plants found here figure on the endangered lists and some of them have not been found outside of Uttarakhand.

Not many knew about this beautiful valley till 1931, when British mountaineers Frank S Smythe, Eric Shipton and RL Holdsworth stumbled upon it after they had lost their way on a returning from an expedition to Mr Kamet. The were the first ones to name it as the Valley of Flowers.

A botanist Chandra Prakash Kala for a decade starting 1993 documented 520 alpine plants growing in this valley, which was also declared a National Park for conservation purposes.