There are many lessons to be learnt from monkey business?

In literary terms monkey business may not be a palatable term, but virtually it has proved to be so if we talk of a whopping sum of Rs.3.22 crore disbursed by the forest department of Himachal Pradesh to 336 people for catching monkeys, as reported in the media. The biggest beneficiary from Haryana is reported to have made a neat Rs 36.79 lakh followed by two gentlemen from Una who earned Rs 28.70 lakh and Rs 22.96 lakh respectively while there were a total 31 lakh-patis made under the scheme. However the calculus formula is left to anyone’s imagination and what fate the monkeys met is also questionable.

While the growth of population of monkeys is not in anyone’s control, the figure reported last year was a disturbing 2.06 lakh. Monkeys were declared vermin in 38 tehsils under rule 62 of Wildlife Act of 1972. First the state government fought tooth and nail with the central government to amend the act to let them kill the monkeys but the religious sentiments perhaps were the greatest obstacle and not even a single monkey has been killed ever since. 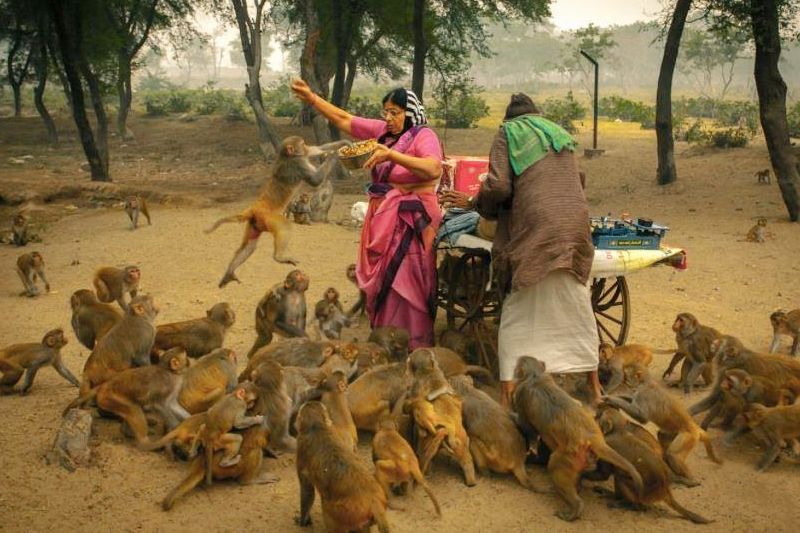 Monkeys have long been an object of experiments in the world scientific development may be in pharmaceutical industry or in the aeronautic science. They have been also been used as guineas pigs. In religious mythology monkeys are propitiated as the descendent’s of Lord Hanuman. The sentimental attachment is perhaps the greatest obstacle in any design to kill them or export them to north eastern states as offered by them. The other obstacle may however be the expenditure involved in taking them to such far off places. But another part of the story is that in north eastern states people have a peculiar taste for animals and are learnt to have a fascination for black dogs for culinary tastes. Under the Wild animal act monkeys cannot be exported out of the country for experimentations then how to other states for their food.

Monkeys also make learning stories in HR practices. A story goes around that ten monkeys were put in a cage. The cage had a ladder at the top of which a bunch of bananas was hung. The irresistible attraction for bananas made a monkey go up the ladder. Instantly a shower of cold water was put on the monkey which fell on other monkeys too. The shower desisted the monkey go up further and it came down. The next day another monkey made the effort but the shower of cold water was unbearable. All the monkeys would stare at the bunch of bananas but no one then dared to go up the ladder. As the lesson worked, five of the monkeys in the cage were replaced. From the new group as one monkey tried to go up the ladder, the shower taught him the lesson. Another day one more monkey tried to climb the ladder but the others pulled him back well before the shower would start. Then from the earlier group, the remaining five monkeys too were replaced with new ones. The group of ten monkeys were all new now. They would stare at the bunch of bananas but no one ever dared to go up the ladder though none of them had experienced the cold shower. This is called human beliefs that have continued to be passed on from times immemorial.

There are many more lessons to be learnt from the monkey business?