Shimla: On his maiden visit to Himachal Pradesh after being elected Prime Minister, Narendra Modi on 18th October will dedicate three hydro electric power stations of a total capacity of 1732 MW to the nation.

To know the unique features of Koldam Power Station, this reporter had an exclusive interview with the head of the station Sanjeev Kishore, Group General Manager.

Generating valuable power for the northern grid states since July 2015, the 800 MW Koldam Hydro Power Station located on river Satluj in Bilaspur district of Himachal Pradesh is the maiden venture of state owned NTPC Limited in the hydro power sector, told Sanjeev Kishore. Designed to generate 3054 million units of electricity, the power station has since been operating efficiently and supplying power to the northern grid states namely Delhi, Haryana, Punjab, Rajasthan, Uttar Pradesh, Himachal Pradesh, J & K, and Chandigarh. The first of its kind in Himachal Pradesh, the power station is neither a run of river and nor a storage water scheme, but a run of river scheme with pondage capacity of 90 million cubic meter, he explained. 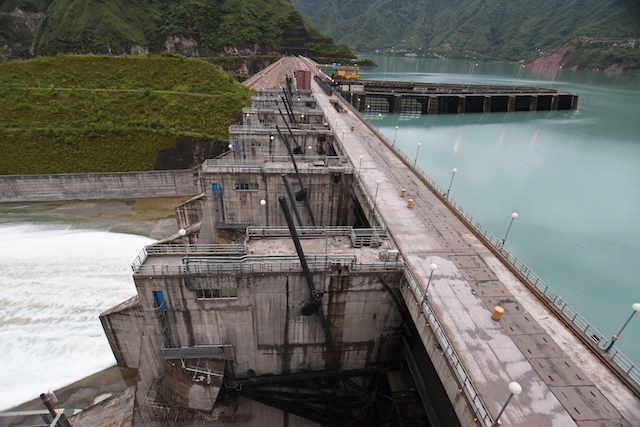 Talking about construction of this unique project, Sanjeev informed Hill Post that the company had exercised utmost restrains by restricting the height of the rock filled Dam to 167 meter in order to save larger areas from submergence and resultant loss to the ecology, flora and fauna of the area. A higher dam, he told, would have submerged the historical 5 MW Chaba Power House of the HPSEBL as well as larger areas of the Suni town in district Shimla.

The entire construction of the Koldam, he told, was confined to construction of 167 meter high earth rock filled dam with toe surface power house having four generating units of 200 MW each. Designed to generate 3054 million units of energy in a 90 % dependable year, the power station has a reservoir life of 30 years, Sanjeev told. The Koldam, he added, would also enhance the life of downstream Bhakra Dam by arresting the flow of silt into Govind Sagar lake. River Satluj, he told, is snow fed and having a wide spread catchment area of 53770 sq kms, and carries huge amount of silt. The upstream three power stations, all run of river schemes with a total capacity of 3000 MW bear the onslaught of silt that the river brings along from Spiti and Tibet cold deserts, but discharge the silt back into the river. None to the three power station holds any amount of silt in their dams. In view of the low availability of head in the area, the Koldam project had been conceived as pondage cum run- of- river scheme, he informed. The water level of the dam at full reservoir is at EL 642 m, he told.

Talking about the major components of the Koldam power station, Sanjeev Kishore informed that for facilitating construction of the dam, the river Satluj had been diverted through twin horse shoe shaped tunnels, each of 14 meter finished dia and 901m and 934m length. The tunnels, he said, were designed to bear the maximum discharge of 6500 cumecs. The two tunnels named Luv & Kush bore the testimony of weathering the floods of river Satluj till construction and impounding of the dam.

The 167 m high rock/gravel filled dam is 500m long at crest and has a pondage of 9000 ha. m (90 million cubic meter) between EL 642m and minimum draw down level at 636 m, Sanjeev informed. For flood discharges up to 16,500 cubic meters per sec, he told, a 460 m long spillway in the shape of chute has been provided which is 132m wide at top and 70m at bottom terminating into a plunge pool. 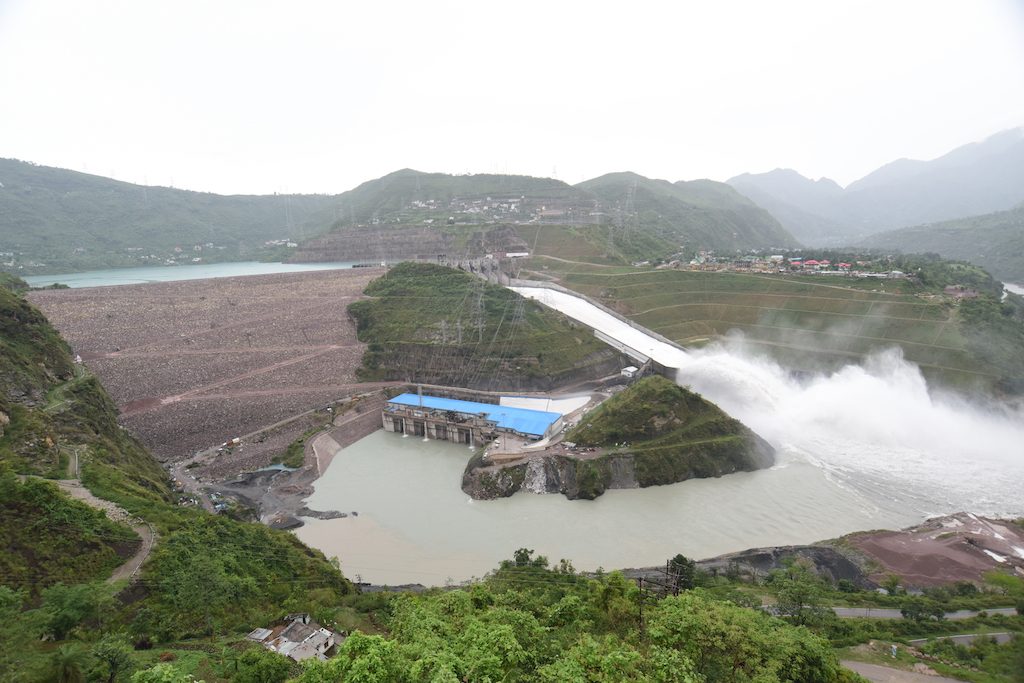 A unique intake structure called Decanting Chambers has been provided to draw water for generation which is designed to arrest flow of sediment particles above 0.25 mm entering into the chambers, he told. This unique desilting structure is submerged in the reservoir and has 14 trash racks each 12.98m wide and 16.125m high, he stated.

Located on left bank of the river, the surface power house, he informed, houses 4 Francis type vertical axis generating units of 200 MW each. The power house building he told is 107m long, 42m wide and 48m high. Water is fed into the turbines through four pressure shafts of 6.45m dia each with a carrying capacity of 196 cumecs, he told. The shafts create a minimum gross head of 127m and a maximum gross head of 140m. For conveying water back into the river after generation, an open channel of 100m length has been provided at EL 502m, he informed.

For evacuation of power, Sanjeev informed that a 400 Kv surface switch yard has been provided with four double circuit feeders namely Nalagarh, Parvati, Ludhiana-I and Ludhiana-II. The switch yard, he told, was located 1.5 km from the power house at an elevation of 705m.

After initial hiccups, the power plant has now been stabilised, informed Sanjeev Kishore, and is now operating narrative values of 105% of design energy. It was for the first time that the improved turbine machines had been designed and installed by public sector BHEL for this plant, he added.

During the first two quarters of the current financial year, the power station has already generated 2635 million units of electricity against the annual target of 3054 million units, Sanjeev Kishore told which speaks volumes of the operational efficiency of the power plant