In November last year, Gujarat became the first Indian state to pass a bill making voting in the local body elections compulsory. With O.P. Kohli as the new Governor in office, the Bill managed to get the Governor’s assent in the third attempt. Even though the Bill was passed by Gujarat legislative assembly as early as 2009, Kamla Beniwal had rejected it twice during her tenure as the Governor of Gujarat, drawing sharp reactions from many quarters. Now with elections to as many as 315 local self-governments due in October this year, the state Government is likely to notify this bill (hence, making into a law) just well in time. 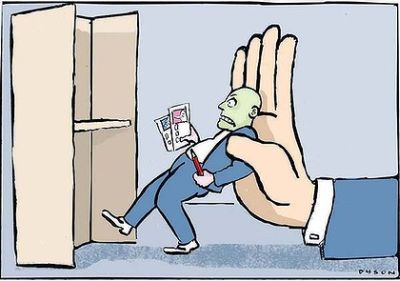 A number of experts doubt the constitutional validity of compulsory voting and consider it a violation of the Article 21 of the Constitution of India which guarantees personal liberty. On the other hand, the supporters of this legislation point out that people can still have their personal liberty by choosing to vote for NOTA (None of The Above) and rejecting all the candidates. Kapoor Committee- set up by Gujarat state government – did invite suggestions from the public on the magnitude of penalty or punishment for those evading voting. However, we shall have to wait on the exact quantum of punishment as spelled out in the law.

Where else is this provision?

Presently, approximately 26 countries in the world enforce compulsory voting in one way or the other. The major nations among these include Argentina, Brazil, Singapore and Australia. Notwithstanding their national laws which make ‘not voting’ a punishable offence, most of these countries haven’t been able to enforce the punishments effectively. Some of these nations, such as Australia and Brazil, accept valid reasons, such as sickness or non availability, for skipping to vote. In Brazil, failing to vote would debar you from getting a passport, whereas in Bolivia, you won’t be able to withdraw your salary from the Bank for a period of 3 months, if you fail to vote!

According to many experts, a considerably low voter turnout in the local elections was the key driving force behind the introduction of this law in Gujarat. Arguing that the local elections don’t arouse much interest in the public, the experts say that a law will help the people make use of their constitutional privilege. Interestingly, it would be incorrect to assume that we are alone in this regard. The 2014 midterm elections in the USA saw the lowest voter turnout in 72 years! Only 36.4% of the eligible voters came out to cast their vote, as compared to the 40.9% turnout in the 2010 midterm elections.

The advocates of compulsory voting argue that as a non-voter, you lose the right to criticize the government and its policies since you didn’t have any part to play in its formation at the first place. On the contrary, rather than remaining a neutral voter, your no-show at the elections effectively converts you into a negative vote. As LK Advani once remarked: “Voters, who without any legitimate justification, have not been exercising the valuable right of franchise the Indian Constitution has conferred on them have, unwittingly thus, been casting a negative vote against all the contesting candidates without intending to do so.”

Is the idea really feasible?

In all probabilities, the Kapoor committee would recommend a nominal fine for the law violators. But taking into account the huge demography of the country, collection of such fines would be a tedious task to say the least. The last thing you would want is to spend more in collecting fines than the amount of fine itself!

Human behaviour forces us to repel anything which is made ‘compulsory’ for us. In Brazil, for instance, where voting is compulsory, a Rhinoceros ‘Cacareco’ won the local elections in 1959 when the people decided to utilize their compulsory voting right to protest against rampant corruption.

Incentivising a positive rather than punishing a negative has always paid rich dividends. For example, during the recent Delhi assembly elections, a number of restaurants, gyms and salons in the capital announced discounts for the customers if they showed their ‘inked finger’. While the real impact of such campaigns in boosting the voting percentage still remains to be deciphered, such ideas surely give food for thought.

The recent years have seen a steady rise in the voter turnout in all elections in the country. This is directly proportional to the rising literacy rate in the country. None would argue against the fact that voter education plays a major role in enhancing the voter turnout. The Election Commission has been organizing several events to raise awareness among the public regarding the significance of their single vote. To push the initiative even further, in 2011, the Government earmarked 25th January as the National Voters’ Day. Many celebrities have also taken up the cause of voter education in the past few years, and their efforts have showed results. Whether the clause of compulsory voting further adds to the rising political conscience of the country or does it backfire on the Government authorities, remains to be seen.