Shimla: Cashing on ‘India: Himachal Pradesh Reforestation Project – Improving Livelihoods and Watersheds’, a Clean Development Mechanism (CDM) project under the World Bank aegis, farmers from the state have sold their first sequestered carbon through plantations, earning Rs 1.93 crore as the first installment from the Spanish government from the climate change mitigation project under Kyoto Protocol.

Presiding over a governing council meeting of HP Mid Himalayan Watershed Project (MHWDP), chief minister Virbhadra Singh said, “the pioneer effort is not only the first for India but probably for whole of Asia.”

The reforestation project is being implemented in a rain deficient area, mostly on public degraded lands. Implemented by the state forest department, the project has demonstrated how watershed development with emphasis on enhancing livelihood of local communities could successfully and efficiently be linked to CDM plantations. 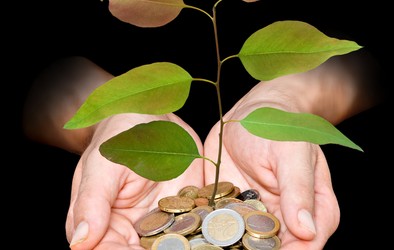 The CDM project has begun to bring about multiple benefits for about 50,000 poor people living in 602 villages scattered across degraded lands in the mid and high hills (600 to 1800 meters above the mean sea level) in 10 districts of Himachal Pradesh by improving natural resource management practices.

The Project was registered under CDM provisions and a purchased agreement was signed with the Government of Spain through the World Bank for the sale of carbon credits. The forestry plantations on 3204 hactares raised became eligible for the first cycle of carbon credits. The verification process for the first cycle was completed in November, 2014.

Giving details about the project Tarun Shridhar, additional chief secretary forest said, “the verification report was submitted to United Nations Framework Convention on Climate Change (UNFCCC) in December, 2014. After acceptance of the verification report, the World Bank has now agreed to release a payment amounting  $ 311,514 which is equivalent to Rs 1.93 Crore against a stored and verified 65,582 Credited Emission Reductions (CERs).”

We have received formal confirmation about it. The money will be distributed among the User Groups and the members formed from the local communities in the Project Area, said Shridhar.

Over a span of 20 years the project is expected to sequester a total 828,016 Credited Emission Reductions worth Rs 20 crores, making the villagers strategic sellers of carbon credits in response to global demand for CERs.

Besides the addition 343 person days/ha of employment and an additional income of Rs 3000 per hectare per year would be generated during the project period.

While MHWDP aims to protect watersheds improvement and livelihood enhancement, the A&R project is to sequester Green House Gases (GHG) through reforestation on and generate carbon revenue for the local communities.  This combination  has been able to provide multiple benefits to the poor farmers through meeting their needs of small  timber, firewood, minor forest produce along with carbon credits (as cash incentive), besides providing gainful employment.