Visa, Stickers and Other matters of the Soul is a lively parenting memoir set up in the backdrop of Shanghai, China. It portrays the struggles and pleasures of an Indian mother, who resides in a far away land, and wishes her daughter to grow up as a global citizen, without disconnecting from her roots back in India.

Our next door neighbor, China is culturally, socially and economically very different from us. What also sets the two countries apart is their religious texture. In contrast, where China is literally an atheist nation, India happens to be one of the world’s largest hubs of religious diversity. 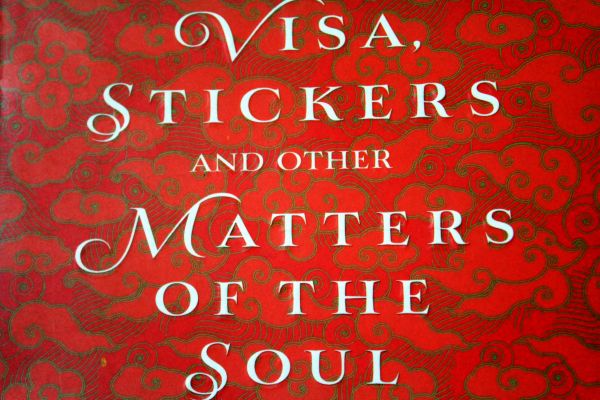 Naturally, children in India are exposed to complex concepts of religion, god, and spirituality much before their counterparts around the world. Indian kids are born with a singular religious lineage that runs in their families. And in part their social standing is defined by virtue of their birth into a given community.

But, when the author, Lom Harshni Chauhan, born and brought up in Himachal Pradesh, lands up in China, she has to make an extra effort in helping her daughter find the right social identity during her formative years. There are no grandparents and neighbors, who have always been instrumental in India, in transferring cultural influences from one generation to another.

In China, your own kin (Indians) are a rare sight, and so inculcating Indian values is a not the same as it would be in nations like Canada and Australia, where Indian communities flourish in plenty.  These environmental aspects differentiate the book from several others that cover the same topic.  Lom uses her writing prowess to beautifully capture the ups and downs of her parenting journey. Her language is simple and one that readers can instantly connect with.

Flipping through the pages of the book reveals that Lom is not strictly religious, and is open to questioning blind faith in God. But as a mother she wishes to simplify social and religious complexities for her five year old daughter, Kyra. She strives hard to keep her vices blocked from Kyra, and in that attempt also takes up self-transformation, to live by example and not just words. The books spans over 3 years, from when Kyra was 5 years old till she turns 8. 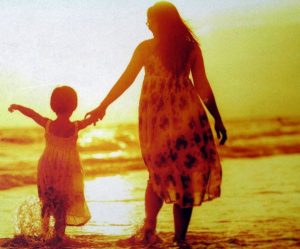 Lom’s struggles and confusions are apparent when she says:

Unfortunately, the mind does not like blank spaces. It will fill up with whatever stimulus is available. I reluctantly realized that I had no option but to provide her with some kind of stimulus, or let her environment provide her with one. If I were to provide the stimulus, the question was, which on would it be.

Lom’s daughter leads her back to her Guru, her Alma Mater, in essence her God, Sathya Sai Baba, whose teachings she applies in practice to broaden her daughter’s horizon about who she is, and where she belongs. So when Kyra is left confused whether she’s a Chinese, or whether she should become a Christian, Lom resolves these conflicts with the aid of the teachings of her Master.

In fact, there are times in the book, when Lom’s fascination with her Master overrides all other purposes. Even in her writing, she’s so engrossed into his teachings that she forgets that she’s writing on parenting and not endorsing her love and respect for her Guru.

In several chapters, Lom revisits her college days at Sri Sathya Sai University, where she was a student of philosophy, and tries to re-collect the teachings and lessons she gathered from her life in the ashram. Like several disciples of Sai Baba, Lom often revives her connection with her Guru through a meticulous process of dreams. Every time Lom needs her Master’s guidance, it is made available to her through visions of him.

A striking element of the book is how parents of the Indian Diaspora will instantly connect with it. Whether we refer to times gone by or the present time, parents have always had the same kind of concerns. How much do we tell children about God and religion? What are the premises of a conscience life? How to uphold one’s name in the society? How can you make our children global citizens, without them losing a connection with their roots? And so on. In her own way, Lom narrates her own experiences in dissecting these questions for Kyra.

Introducing her to different religious forms, she once takes Kyra to a Church. Most of Kyra’s classmates are Christian, and the child’s mind wonders if she should convert into a Christian and fit in with the others. Out of innocence, she also asks her mother if she could be both Christian and Hindu, without offending any of the religions. Lom herself studied in a Christian school in the hills, Convent of Jesus and Merry, Shimla, tries to broaden Kyra’s perspective about all religions.

Through the course of the book, the mother daughter duo deal with several other conflicts such as, how important is one’s physical appearance? How powerful are governments? Why are governments different in different nations? What is the right age to have a boyfriend? What you should do when your little one starts singing “shake your bon bon?

And at the end of it, you know that Visa, Stickers and Other Matters of the Soul, is not just a learning experience for Kyra, but for Lom as well, who as a parent, takes the biggest lessons of her life, in teaching her daughter the concept of belongingness.