With the Indian film industry rapidly growing more, becoming professional and offering multiple career options, there’s a lucid clamor from our youngsters for hurrying toward the Film City to hack into Bollywood! Their longing eyes bear out they’ll take whatever hardships it takes to become a star.

For all such aspirants, we list top 7 acting schools from across India that can help them sharpen their natural acting skills! 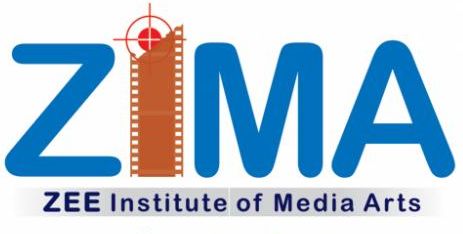 ZIMA is functioning as a digital academy film school, making the most of every single opportunity of testing and nurturing skills and talent of the young.

The academy is offering international standards in areas like Acting, Film making, Direction, Screenwriting, Cinematography and Voicing and TV Presentation. This creative community is specially designed to offer quality media education to help all the aspirants struggling to have a thriving filmy career realize their dream.

Asian Academy of Film and Television (AAFT) is in Noida, Uttar Pradesh. AAFT has been actively imparting training in the art of film making and television presentation since the year 1993. The academy is offering 3-month and 1-year courses in acting.

Young people with varied culture, background and experience can get admission in the academy. In addition to veteran media practitioners that AAFT provides for various training programs, visiting lecturers guide students with their specialized skills and experience in the area of film making and television production.

One of the most versatile actors of the Indian cinema, Anupam Kher is the founder of this highly popular school of acting. The acting academy offers a 1-month certificate course and a 1-year diploma course as well.

Also, weekly workshops and certain courses for children are actively organized at the institute and various other cities.

Actor Prepares has secured huge reputation for being the world’s only acting school founded by a professionally active actor and a fully operational branch of the school is based in the UK.

One of the most successful acting schools in India, Whistling Woods International is located in the Film city Mumbai. Subhash Ghai is the chairperson of the acting institute and has promoted it through Mukta Arts, his film production house.

The one-year course offered by the institute is divided into four semesters, viz. the freshman, the sophomore, the junior and the senior.

After being placed among the world’s best film schools by the ‘Hollywood Reporter,’ Whistling Woods International has gained immense popularity both domestically and internationally.

Founded by Barry John, a famous Indian theater director from Britain, the Barry John Acting Studio is based into two major Indian cities – Delhi and Mumbai.

After beginning with the Theater Action Group in the Indian capital, Barry decided to establish a media company and created the studio after shifting to Mumbai. Mainly based in Delhi, the studio organizes various workshops and diploma courses in Delhi and Mumbai every year. 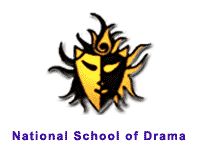 National School of Drama (NSD), Delhi is one of India’s oldest acting schools. Founded by the Sangeet Natak Akademi in the year 1959, the acting school has now grown into a big autonomous association recognized by the Indian Government’s Ministry of Culture.

NSD has given many talented actors including Nawazuddin Siddiqui who played a well-appreciated role in Gangs of Wasseypur, and this is the reason young actors prefer to get admission in it.

1. Film and Television Institute of India

Completely funded by the government of India, Film and Television Institute of India (FTII) is located in Pune, Maharashtra.

The acting school has touched new dimensions of success and popularity over years, and has become one of the best film academies in India ever since its inception in the year 1960.

Film and Television Institute of India is functioning as an autonomous organization authorized by the Ministry of Information and Broadcasting. FTII is offering a two-year post graduate diploma program in acting.

The courses are offered in different areas related to film making, including Direction, Cinematography, Sound Recording and Editing.