When Mr Fadnavis was elected to be the Chief Minister of Maharashtra about 6 months ago, the general public’s expectations ran very high. This was primarily since he was seen as a young and educated politician who appeared to be a professional in his approach which was a welcome change. 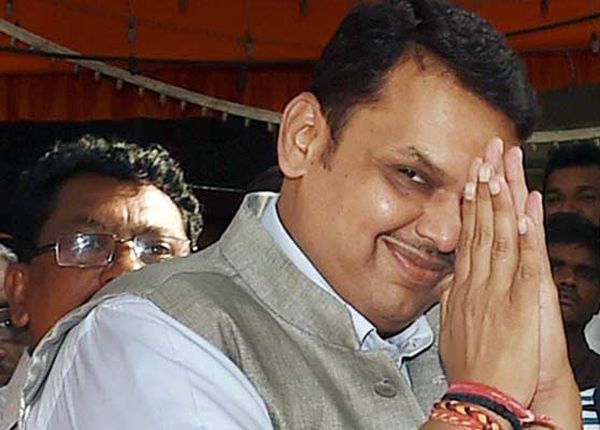 His tough and unbending approach towards participation of Shiv Sena in the Maharashtra government too won him many admirers. However things do not seem to have gone as per script. Mr Fadnavis’s RSS background seems to have overshadowed all his other attributes. His governance seems to be concentrating more on non-governance issues rather than on the real problems facing the state. In short he has proved that he is no different than most other politicians and that does not bode well for a state like Maharashtra which includes India’s financial capital Mumbai.

The first salvo fired by Mr Fadnavis’s government was in relation to banning of beef consumption and cow slaughter in the state. It is anybody’s guess why this issue, or rather a non-issue, seems to have received such high priority that a ban had to be put on all beef consumption and cow slaughter in the state. Obviously there was a hue and cry and the government was charged with following Hindutwa policies and orders from the RSS. These are irrelevant but sensitive issues that can only retard growth without adding any value to the nation’s well being. First and foremost there is hardly any need for such a ban. If a cow can be spared, why should a buffalo or a chicken not get the same treatment? How will we feel as humans if someone was to differentiate between us and decide that some of us should be preserved but killing most others is acceptable?

This is a little farfetched comparison no doubt, but not out of context in totality. Some Islamic militants are doing just that in different parts of the world. There are certain laws of nature that are not within the powers of a human to change. In jungles animals survive on each other for retaining an ecological balance within the forests. India has the world’s highest population of cattle that includes cows. If the nation puts a stop to cow slaughter in totality, chances are that over a period of time we will have a huge population of unproductive cows that do not add any value to the human or animal life cycle. That in itself will be a problem for the nation. How about Hindus who slaughter buffalos, goats and sheep for purely religious purposes? If anything there is case to put a stop to such brutal practices instead of banning beef. Beef is a major economic activity in the nation.

Millions of people are dependent on their livelihood on this trade. Has the Maharashtra government given any thought on how it plans to rehabilitate these people who are being robbed of their livelihood? In case it has not then the government has no right, purely on some ambiguous religious belief, to ban such a commercial activity. Frankly Hinduism is perhaps the most progressive religion in the world. If anyone wants to extol its virtues then there are a lot of other aspects that can be highlighted to reflect the greatness of Hinduism. However it is not for the government of the day to undertake this task since the government has to be secular in its approach at all times.

Next we had the recent case of a government dictate to screen Marathi movies in at least one screen in all multiplexes during prime time which the government defined as evening 6 PM to 9 PM. First and foremost such orders are bad in law and if challenged would probably be struck down by the courts. This again was a non-issue occupying centre stage with all the ingredients of causing social disruptions. A government spokesperson was heard on national TV explaining how Marathi films were part of Marathi culture and the order would therefore serve to expand and preserve the Marathi culture.

He also stated that Marathi was an official language of the state and therefore such an order was justified since it will ensure development of the language too. God knows what this nation has done in the past that we get saddled with such mindless and senseless politicians. Will someone please tell the Maharashtra government that the term culture is associated with ‘excellence in arts, manners and scholarly pursuits that go a long way in development and improvement of mind of the individual & society as a whole’. If the government is genuinely concerned about culture then maybe they need to look at traditional Marathi theatre and folk arts that will certainly go a long way in promoting Marathi culture. Also Mr Fadnavis needs to ensure that all the elected representatives act in a cultured manner instead of acting like goons who are drunk on power.

As far as movies are concerned, apart from a few art movies that are a rarity in any case, most commercial movies do nothing to boost culture. Commercial movies are made for entertainment and have little to do with culture. Such lop sided and frivolous actions on part of the government only highlight the shallowness and convoluted thinking on part of the elected representatives. The government has since backtracked and has redefined the prime time as the period between 12 noon to 9 PM. This clearly shows that the government has realised the stupidity of the order and is now resorting to a face saving formula.

Shobha De’s tweet on serving ‘Vada Pao’ during screening of Marathi films raised the heckles of most legislators, so much so that they decided to raise a Breach of Privilege Motion against her tweet. If a commercial Marathi movie is part of Marathi culture, then ’Vada Pao’  certainly has greater credentials to be part of the cultural heritage of the state since it continues to be a hot favourite not only among Marathi people but also all others. If the late Mr Ajit, the original villain of Hindi movies in yesteryears had been alive today, he would have been tempted to say ‘Come on Legislator, now don’t be silly’.

At a time when the nation is talking about taking a quantum jump in development of our economy and raising the standard of living of our citizens, it is indeed very surprising that one of the leading states in the country is focussing on what its subjects can eat (or not eat) or which language movies to watch (or not watch) instead of addressing more pressing concerns in the state. In his first six months in power, the Fadnavis government has hardly any achievement to show as far as core issues are concerned.

The state economy he inherited was facing a huge revenue deficit and the previous government left a huge debt burden on top of it. This situation has not been addressed in any manner as on date. The state has still not found any worthwhile answer to the agrarian issues that plague the state where farmer suicides are the highest in the nation. Mumbai is a city that is choking in all respects due to haphazard development, land mafia and corruption. The oft repeated dream of making Mumbai the Singapore or Hong Kong of India continues to be a part of political rhetoric only. The nation’s financial capital’s infrastructure, quality of life and related issues need urgent answers but no government seems to be doing anything to find the same. Migration and assimilation of migrants continues to be a sore issue. The state is continually losing out to other states like Tamil Nadu, Gujarat and Karnataka in industrial development and attracting new investment. The list is endless and outlook very bleak as things stand today.

Mr Fadnavis, a management graduate from abroad, will do well to get out of the political antics targeted at vote bank politics. For next few years that part of his political journey needs to be shelved and left for party organisation. As far as he is concerned he must function as the Chief Executive Officer of the state and focus on Maharashtra and its people. If he does well by the state and its people, his re-election would be assured even if he ignores the infamous vote bank politics approach.

He must revisit contemporary political history in the country to understand the mood of the voter today. It will be obvious to him that if he chooses to focus on vote bank politics and ignores the real issues facing the state, then his exit in the next elections is certain. It is a God sent opportunity for Chief Ministers of all BJP ruled states to develop their states as model states in conjunction with the centre where they have a dynamic leader like Mr Modi who is pro development. However to do this they need to get out of petty politics that force them to travel on the path of irrelevance and chasing issues that do not contribute to the national development story.