The canker has reached the Supreme Court.

The ill-advised letter and comments of Justice Kurien Joseph on the Judges Meeting on Good Friday has exposed the pernicious spread of the religious paranoia that appears to have gripped the country in the last few months. We had fondly hoped that at least our higher courts would be immune to the competitive religious frenzy that is increasingly holding all governance hostage to sectarian demands, but even this illusion has been shattered.

The tragedy is not the loss of objectivity or any rational thinking by Justice Kurien, of ignoring the fact that in the past also such meetings had been held on a Good Friday, Valmiki’s birthday and Independence Day, or that utilising a long weekend for such a conference saved precious working days for disposal of the 30 million odd cases pending in the system, or that it was not even incumbent for Justice Kurien to have attended the meeting. No, the tragedy lies elsewhere and it has many facets. 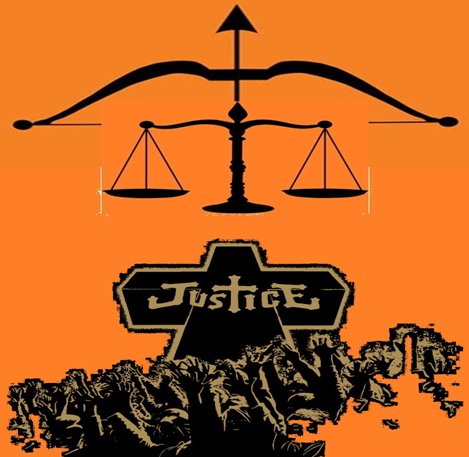 As a devout Christian he had every right to feel that he would rather spend the day celebrating the festival with his family, rather than at a meeting which, by the admission of a retired Judge of the J+K High Court, has achieved nothing in the past. The correct course of action in such a situation would have been for him to have privately and discretely conveyed this to the Chief Justice, excused himself from the conclave, and that would have been the end of the matter. By writing a letter to the Prime Minister he has instead made the affair public and raised a question mark over his real intentions. The Catholic Bishops’ Conference had already started stirring the pot of controversy in TV studios and by his action Justice Kurien has simply added a few more newts’ eggs and bats’ wings to the pot, making this lethal potion even more potent.

Religious bigotry and counter-bigotry have been in the air like a pestilent cloud over the last one year. All institutions in the country – constitutional, political, administrative or theological – have failed to counter it and the Supreme Court was seen as the last bastion of sanity and non-partisanship, a place where religious identities would be subserved to the concept of a truly secular state. No longer. That belief has been dented: if even judges of this Court can indulge in contentious proclamations of their faith, and compete with the fringe elements of other religions, then where does our Constitution seek refuge?

Justice Kurien has done great dis-service to the Supreme Court. He has created fault lines in its edifice based, not on interpretation of the law (which is a good thing), but on religious one-upmanship. He has, by implication, cast doubts on the secular credentials of the Court itself and possibly given a handle to its critics in future to question its impartiality on judgements that have a bearing on contentious religious matters. By escalating the matter to the level of the Prime Minister he has shown a lack of confidence in his own peers and perhaps prised open the door for further intervention by the political executive when it suits them.

He has also done a dis-service to his faith. Just when all right-thinking people were beginning to sympathise with the Christian community for random actions perpetrated against them, his protest has blurred the line that divides rational and bigoted believers, of any faith. Modern religions do not need Knight Templers or Crusaders, they need rational and moderate adherents; public proclamations of faith, especially of a competitive kind, are abhorrent to any civilised society. Till now we were critical of certain Hindu and Muslim organisations for their proselytsing stridency: with this controversy the Christian community will be perceived by many to have moved closer to the former. It shall be more difficult now to retain a balance between the rational and the irrational.

This is a critical phase for our country, a time when we need to strengthen the forces that are striving to place the public good above theological dogmas, the secular above the sectarian, the temporal above the religious. We cannot survive as one nation in any other way. At a time like this we do not need controversies of the kind created by Justice Kurien, regardless of how genuine his feelings were. We need wise men. We also need to remember that wisdom is divided into two parts: (a) having a great deal to say, and (b) not saying it.