Much noise can be heard about providing toilets in all schools, read government schools of Himachal Pradesh, without revealing the closely guarded secret. 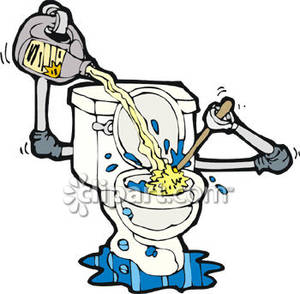 All government schools do not have a piped water connection to run these toilets. What’s more – to even provide drinking water in such schools the Himachal Pradesh government had in fact created a special job called ‘Water Carrier’, a few years ago. Many have found employment in these positions, where the sole job is to ferry water to the school so that the children coming to school are not thirsty.

Now with many of these schools likely to brandish new flush toilets as a flaunting symbol of being upgraded, new job openings of toilet water carriers are in the off wing.

While the cause of having toilets in all schools of the country, to encourage children, especially the girl child to attend school is very noble, but what happens where there is no water connection.

It’s a kind of situation that hit the small principality of Delath, in Satluj valley, over a century ago. The story goes that Rana (feudal lord) of Delath visited the British capital Shimla and ended up seeing the miracle of electricity light up the grand Viceregal Lodge.

Wonderstruck, he enquired about how it is done. On getting back to his small estate, he did order for installing electrical fittings, complete with bulbs and switches that were all made in England.

Where the colonial engineers had set up the Chabba hydropower plant along River Satluj, one of the first in the country that supplied electricity to the Vicergeal Lodge and other buildings, the Delath Rana was in for a rude shock when he found that the building did not illuminate up after the switches were pressed.

With power lines reaching Delath almost 50 years later, time had eroded all the fancy electrical fittings by then. 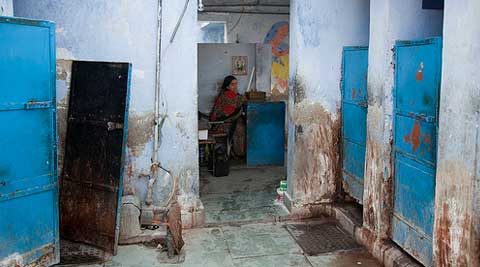 Presided over by the big ministries sitting in Delhi, a major push is being given to have the school toilets installed all over the country. Arun Jaitely’s budget has made sure there is enough money provided for the purpose.

An engineer with a central power generating public sector undertaking was a harassed lot. Instead of being at the engineering forefront, boring tunnels for diverting river flows to tap hydropower, the poor guy was busy overseeing construction of school toilets in remote villages.

“This is not my area of specialisation but here I am,” he lamented. “The task it being monitored by Delhi on a daily, if not hourly basis,” he complained.

More than the promise of clean new toilets, it is the stench from the old ones in the vicinity that is polluting the educational environment.

Makeshift toilets at some schools have been around; the only problem being there is not enough water to flush out the stench.