Shimla: The Himachal cabinet has reportedly overturned its decision of going for a price discovery mechanism for auctioning liquor vends for 2015-16 by reverting to renewing of old licenses, a decision that has been kept under wraps by the government and something that is being seen as a potential Rs 500 crore loss to the state exchequer.

Senior government officials when questioned by Hill Post were tightlipped on the issue.

The state cabinet which met at Dharamshala on 13 February had decided that:-

“It decided to allot by competitive tenders or draw of lots by invitation of application from the public for 2015-16 in respect of the retail/other liquor vends/units in L-2, L-14/ L-14A and L-20B and licences for the same be allotted by renewal/ continuation for 2015-16.” 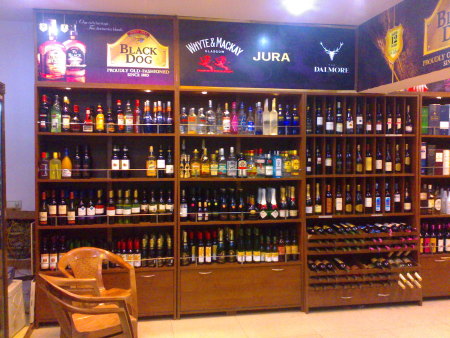 Another cabinet meeting was held yesterday but the cabinet release was silent about the earlier decision having been reversed.

Government officials did confirm that a decision about the new policy to hand out the vends by renewing the licenses was taken but it had not been made public.

However, state BJP spokesperson Parveen Sharma has lashed out at the government for reversing a cabinet decision within 12 days saying that it smacked of high level corruption.

He added that auction of liquor vends had not been done for a long time and this was causing a huge loss to the state exchequer.

“When congress was in the opposition, it always advocated an open auction policy but now that it is in power, why is a policy decision being changed,” said Sharma.

With the cabinet decision still under garbs, Sharma, a former excise and taxation minister said, “a decision taken in haste was giving rise to many rumours.

The government needs to come clean as to why the decision has been changed and to get to the bottom an enquiry by a neutral agency needed to be got done, said Sharma.

There are reports that another cabinet meeting has been scheduled for tomorrow.