Mandi: The youngest of them all and the only IIT in the Himalayas, IIT Mandi held its second convocation ceremony at its Kamand campus yesterday. 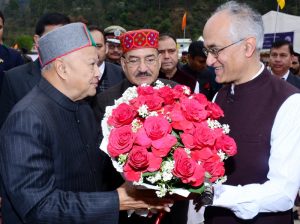 As part of this Convocation, 116 B. Tech. students, 8 M.S. students, and 3 Ph.D. students graduated from the Institute.

In the absence of President of India, Pranab Mukherjee, who was to preside over the function, Governor Kalyan Singh was the chief guest for the occasion. 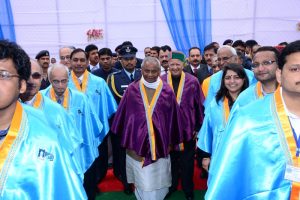 Other dignitaries for the function included Chief Minister Virbhadra Singh and M Natarajan, the Chairman, Board of Governors, IIT Mandi. 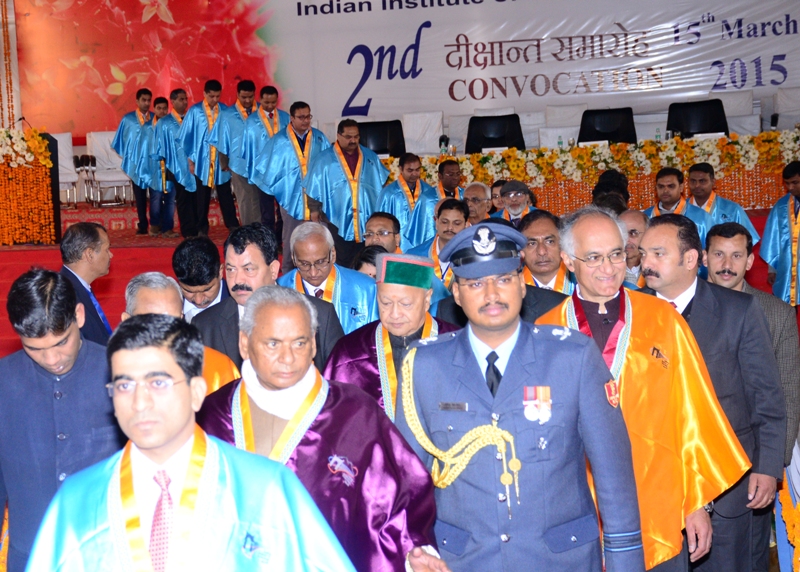 Mr Virbhadra Singh in his address asked the institute to undertake research in green energy and allied areas. 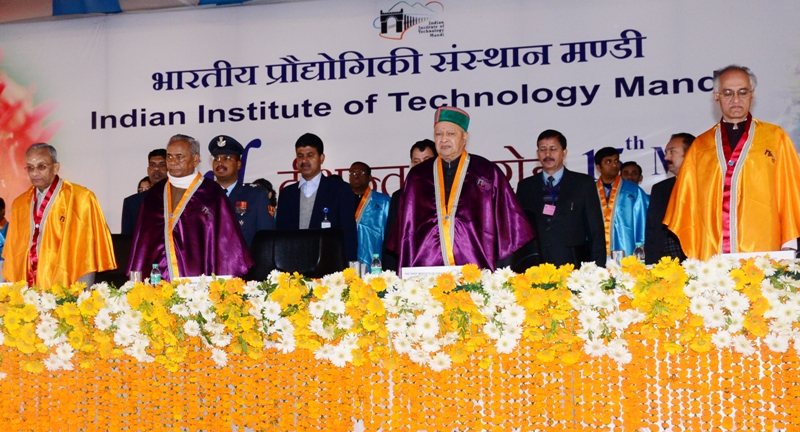 Mr Kalyan Singh praised the faculty, staff, and students for their contribution in building-up IIT Mandi as an institute of higher technical education in Himachal Pradesh in a very short span of time. 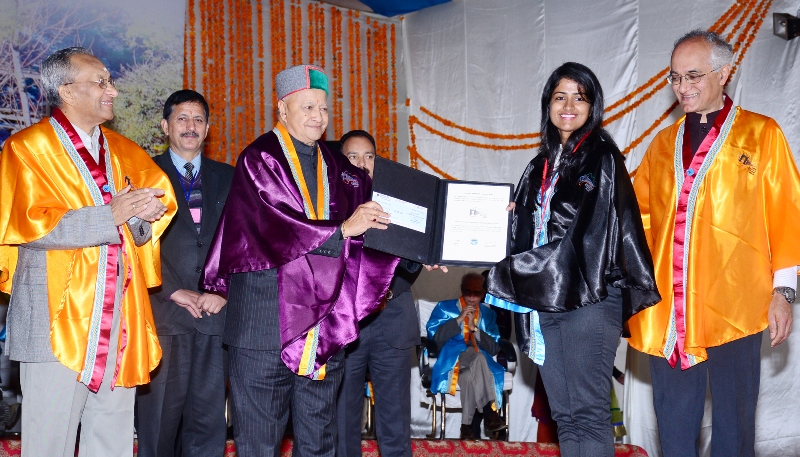 In the absence of Mr Mukherjee, Mr Natarajan read out the President’s message. The president in his message said that the nation’s forward march in arts, science, and technology must overcome existing problems and challenges along the way, and this march should be spearheaded by its bright young engineers and scientists.

He also encouraged the students to payback the society in the form of dividends by using their gained knowledge and skills to help those who are weak, needy, and deprived. Also, the President stressed on the valuable contribution that the IIT Mandi alumni can make through the ‘Make in India’ initiative. 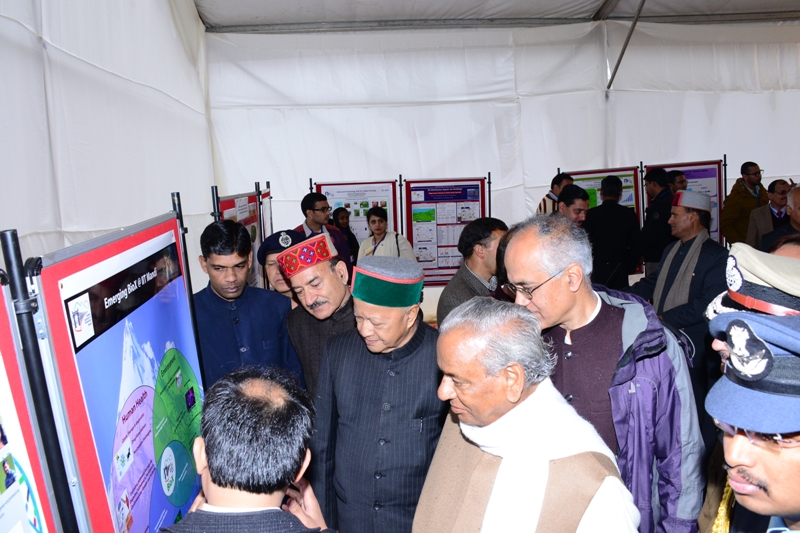 After closure of the Convocation, all the dignitaries visited the Exhibition Hall, where an exhibit showcased the research and innovation at the institute.