Shimla: The Right to Information (RTI) Act is fast turning into a weapon for government employees to settle professional scores in Himachal Pradesh.

Though the maintainability of the pleas filed by one government employee against another for information pertaining to professional conduct is debatable, the filing of such “frivolous” or “personal-in-nature” applications is on the rise despite a state information commission directive in this regard.

“On an average, more than 60 per cent of the total applications are those relating to the issues of government employees,” a senior functionary in the information commission told IANS, requesting anonymity as the official is not authorised to speak to the media.

He said that a major number of queries are from those who want to know not only professional but also personal information about their colleagues – subordinates or seniors.

Several applications have been filed seeking information on the income tax returns of officers, names of their spouses and even their marital status. 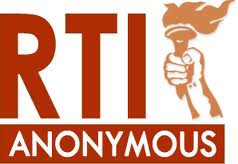 Issues regarding promotion, elevation from state administrative or police services to the IAS (Indian Administrative Service) or the IPS (Indian Police Service), transfers, drawing and disbursing powers and bills raised by a fellow colleague as travel expenses constitute the major chunk of RTI queries.

“Such queries certainly do not constitute public interest. In fact, they (the applicants) are empowering themselves. But we cannot stop anyone from filing applications,” the official said.

Last year an RTI activist asked how much the government spent on sending boxes of apples as Diwali gifts and a list of the recipients.

One RTI application sought a list of journalists accredited with the state public relations department, their qualification, salary and the like. Later, the journalists gave a written declaration that the qualifications and salary were personal to them and should not be shared with the public.

Interestingly, the RTI activists have not even spared the state information commission authorities.

The issue of minimising the misuse of the RTI came up while hearing a plea of Shimla’s Himachal Pradesh University professor Shekhar Sharma, who sought official details about the university.

“The appellant himself is a senior functionary of the university and the rules and regulations of the university are accessible to him. Interpretation of rules can be discussed at administrative level. This can’t form the basis of information under the RTI Act,” observed information commissioner K.D. Batish.

“Officials of the public authority, themselves being the custodians of the information, are not expected to access information under the RTI Act,” he noted, while turning down Sharma’s appeal.

“If this practice is encouraged, it will adversely affect efficiency and good governance.”