Dharamshala: Caught in a legal muddle between the state government and HP Cricket Association deterring Kings XI Punjab for hosting any IPL matches at the scenic ground here, the Himachal government today distanced itself from the issue with a senior minister GS Bali stating that the government was not at all against the organizing of IPL matches in Dharamsala.

Bali who is transport and food minister in the Virbhadra Singh led congress government claimed, “The organizers (KingsXI Punjab)  have actually not shown any desire to organize such matches in Dharamshala this year. When the state government is unaware of it how is it that the BJP is blaming the state government for IPL matches not being played here.”

Bali said that HPCA president Anurag Thakur was giving political colour to the entire episode. He said, “if BCCI or HPCA or Kings XI still wish to stage some IPL matches in Dharamsala, the government will help the organizers like we have done in past also.”. 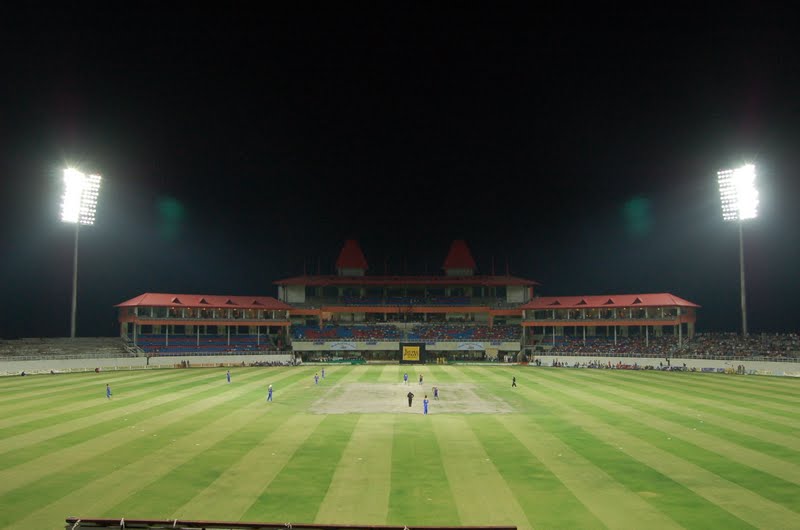 As per the schedule of the IPL 2015 matches , Dharamshala does not figure as Kings XI centre . It will be for the second consecutive year that Dharamsala, is not going to  host any IPL match. Last year, the state government had not granted permission due to ongoing Lok Sabha elections.

HPCA spokesperson Sanjay Sharma is of the view that  due to the ongoing tussle between the HPCA and the state government, cricket franchisees do not want to take the risk of hosting matches here. “However, HPCA president Anurag Thakur is still trying for  IPL matches for Dharamsala,” he said.

He further said that the Himachal Government’s attitude of  charging security dues and entertainment tax from the teams hosting matches here is also keeping the owners of the teams away from Dharamshala .

No IPL matches being organised at the stadium here has impacted business and made all the cricket lovers gloomy.

The Dharamshala stadium had been the home ground of the Punjab Kings XI ,which organized matches here  from 2010 to 2013.