Dehra Dun : The mineral wealth of Uttarakhand was being literally looted by the politician-babudom-mafia nexus in the systematic plunder and loot of the natural wealth, even as the authorities conveniently looked the other way, despite exposures almost every day in the media. Though some odd raids were conducted now and then to silence the critics and for the sake of records.

At the behest of the chief minister the authorities, including the police and the special anti-mining force convened for the purpose conducted simultaneous raids in Haridwar, Dehra Dun and Udhamsingh Nagar districts of the state on the intervening Saturday-Sunday (14-15 Feb, 2015) night. While the mafia was taken unaware, the authorities responsible for checking the illegal mining, was caught with its pants down.

The extent to which the illegal mining was being done in the state can be gauged from the fact that on one single night the raiding teams seized 314 vehicles, including 134 dumpers that were being used to ferry the illegally mined mineral. As many as nine JCBs were being openly used to excavate the mineral from the river beds of the three different districts.

Ever since Uttarakhand came into existence in Nov 2000, the river beds have been under threat of the mining mafia, but no steps were ever taken to either auction them so that the state could earn revenue or check the illegal mining. Result was that the mining mafia had a filed day and developed powerful patronage from the politicians to the babudom as the spoils were literally distributed. 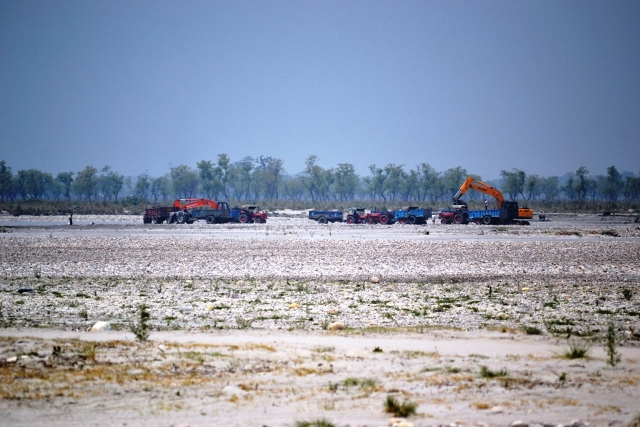 This can be gauged from the fact that the night the raid was carried out, a politician close to the chief minister was reported to be in Haridwar district, which is the hotbed of the mining mafia, during the late hours. What was the reason for his being there during the late hours is anybody’s guess, but apparently as the chief minister himself had issued the directions for the raids, not much influence could be put.

Incidentally, reports have been appearing in the media time and again along with photographs of trucks, JCBs, dumpers and tractors and trolleys engaged in illegal mining time and again, but apparemtly no one seemed to be bothered as the loot was allegedly being systematically shared. A special anti-mining task force under the command of a senior police officer was also set up, but except for some odd roads now and then, it seemed to have no deterrent action on the mining mafia. 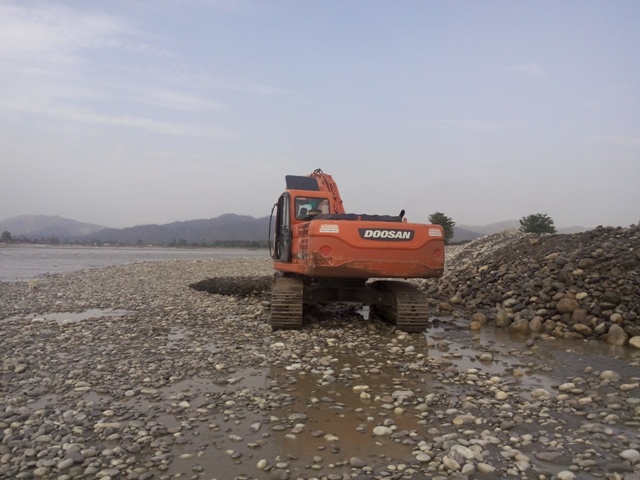 On the contrary those engaged in the clandestine trade only seemed to be getting stronger and caring a fig for the law enforcing agencies. There have been reports where the truck or tractor drivers have tried to literally crush the officials who tried to stop and arrest them, or they have actually dumped the mined material and run away with their vehicles as dumb found officials looked on in vain.

Despite repeated pleas by the Matri Sadan to ban mining and stop the illegal mining in the Ganga in Haridwar, the authorities have just been silent spectators to the systematic loot and plunder right under their nose. Various pleas have been made to the chief minister alleging that district officials, including those who should actually stop the mining, are hand in glove with the mining mafia did not have any plea.

Meanwhile informed sources in the Congress said that the matter of illegal mining and the political patronage that the mining mafia was getting from the state leaders had reached the party high command in Delhi and there were indications that this could be used against some of the powerful leaders in the state, after which the chief minister ordered a crackdown.