Shimla: Top SJVN management – a public sector power company, has inked an agreement for setting up a joint venture to mine coal in West Bengal with 6 other state sector power utilities.

The memorandum of association agreement on behalf of signed by RK Agarwal, executive director, on January 8 at the Kolkata Global Investor Summit in the presence of Mamta Banerjee, chief minister West Bengal and Arun Jaitley, union finance minister.

The yet to be established joint venture company would mine coal from the Deocha-Pachami block in the Birbhum district of West Bengal that was jointly allocated to SJVN and other utilities in 2013.

Spread over 1230 hectares, the block is estimated to hold 2102 million tons of coal.

Agarwal disclosed that an estimated investment of about Rs 12,000 crores would be needed to carry out mining operations in the block.

Nand Lal Sharma, Director (Personnel) that SJVN share in the block would be used to operate the upcoming 1320 MW Buxar Thermal Power Project in Bihar. 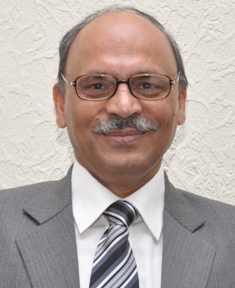 SJVN share in the coal block is 162 million tons that would enable the company to operate the super critical power plant for 25 years.

A day before signing of the agreement for mining coal, RN Misra was appointed Chairman & Managing Director of SJVN. The position had fallen vacant after RP Singh retired at the end of December.

Misra had joined SJVN as Director Civil in May 2010. Prior to that he has served with NHPC.