Shimla: The plush buildings are up, a 500 bedded hospital is ready, equipments stand bought and after spending Rs 700 crore on upcoming Mandi Medical College, the union labour ministry comes around to realizing that medical education is not there core function area and get out of it altogether.

The Employees State Insurance Corporation (ESIC) board after holding its 163rd meeting recently at Delhi has informed the deans and medical superintendents of all 13 ESCI medical colleges (including the Mandi College) in the country that the corporation had decided to hand over the medical colleges to respective state governments.

Writing to administrations of these institutions, Dr Vivek Handa, deputy medical commissioner ESIC has stated, “ESCI will not take further admissions in the medical colleges. All ongoing medical education programmes will continue till the admitted students pass out or they are adjusted as per provisions of the essential certificates issue by the state governments.” 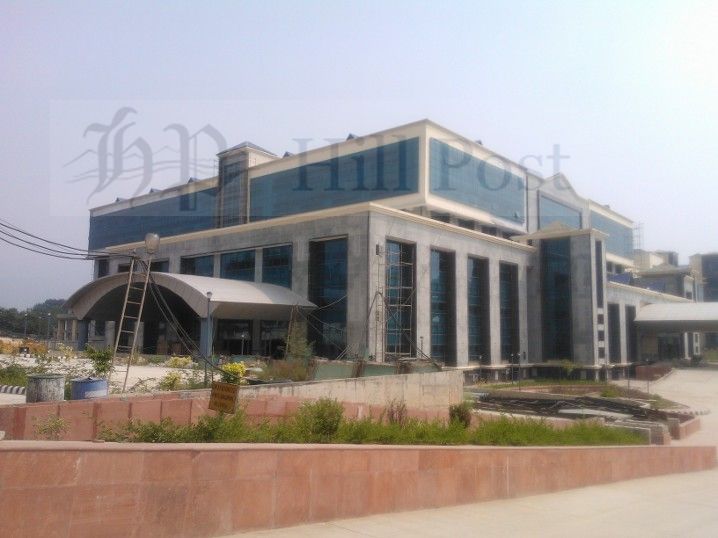 Though the foundation stone of the institution was laid by the then union labour minister Oscar Fernandes in February 2009 and also inaugurated by him in March 2014, the college has failed to start offering any courses.

A day ago, speaking at meeting in Baddi, AK Agarwal Director General ESIC announced that a proposal would be sent to Himachal Pradesh government to take over the college.

A similar proposal sent earlier was rejected by the state government.

When contacted by Hill Post, additional chief secretary Vineet Chawdhary, who looks after the health sector said, “We could surely review the earlier decision.”

Given the severe financial crunch the state government was going through, sources in know of things had said that the government was not in the position to take over the college or meet its annual recurring expenditure.

“A way out being explored was that ESIC hands out a long term management contract to Himachal Pradesh government that would enable the state to generate resources to operate the institution,” reliable sources said.

Based on an ESIC board decision taken in 2008-09, Rs 10,500 crore was marked for entering the field of medical education. In fact the ESIC Act was even amended for the purpose in 2010.

The Mandi medical college spread over 31 acres at Ner Chowk was to become operational in 2011 and an effort was made to start MBBS courses from 2014-15, but Medical Council of India (MCI) pointed out deficiencies and stalled admissions.