The unsavoury developments of the last few weeks bring to my mind a limerick from my school days. It goes like this:

There was a young lady from Riga

Who went for a ride on a tiger
They returned from the ride
With the lady inside
And a smile on the face of the tiger.

It appears to me that Mr. Modi is very much in that lady’s shoes-or saddle, if you will- and it needs no great intelligence to figure out who the tiger is: its stripes are saffron and black.

The RSS and its Hindu majoritarian cohorts have played a role in bringing Modi to power, and they are now playing an even bigger role in alienating him from the very people who have reposed their trust in him by making it difficult for him to do anything positive with that power. Mr. Modi began with promise and unveiled ideas that struck a chord with the people, a chord that had gone slack for the last five years. But the discordant notes of the last couple of months have started alarming a lot of his supporters. 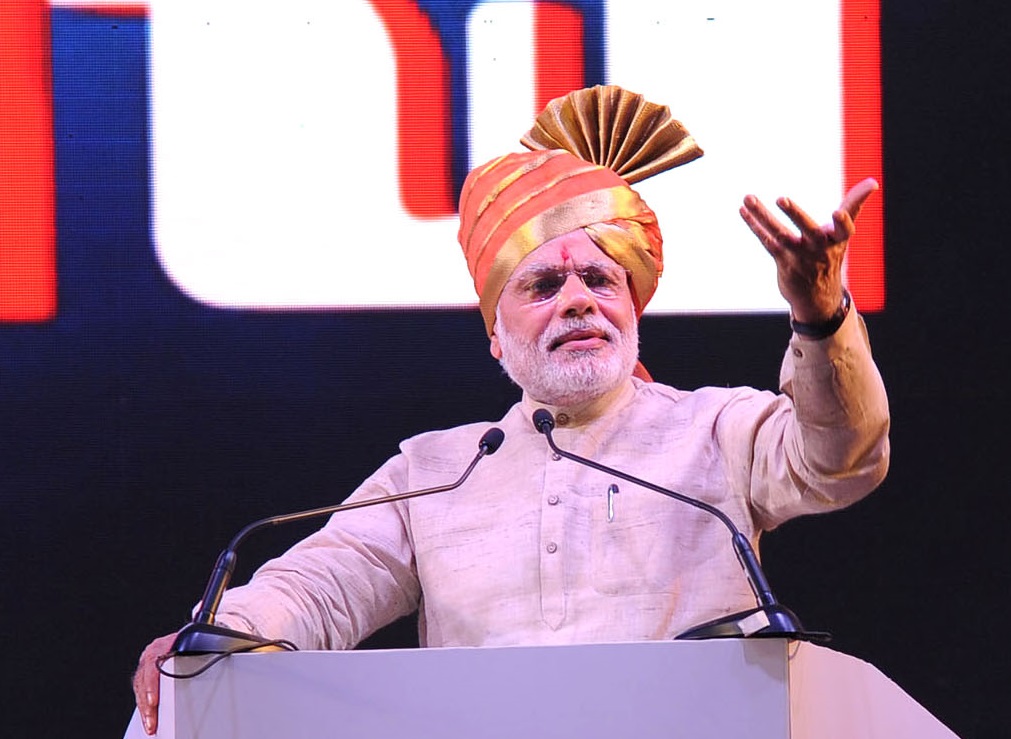 The list of provocative incidents is long: abusive comments by his Ministers targetting a specific community, Mr. Mohan Bhagwat’s assertion that India is a Hindu rashtra, repeated directives by the HRD Minister to push education in a vedic direction, forcible conversions, usurpation of Christmas by a thinly disguised attempt to eclipse its importance, the Hindu Mahasabha’s veneration of Godse, the utterly despicable statement by another worthy that Godse should have killed Nehru instead of Gandhi, the street agitations against the film PK. The agenda of the extreme right majoritarian forces is crystal clear: intimidate all other religions( notice how the Christians have been targetted for the first time) into submitting to a pan Hindu ecology, and rewrite history to authenticate this expropriation of a nation’s history and soul.

The ignominous list above is not surprising-we can expect little else from these bodies and individuals that belong to the Jurassic period. What IS surprising, however, is the complete silence of a Prime Minister who is otherwise a great communicator and orator. Why is there not one word of public condemnation from one who came up with the hugely successful ” chai pe charcha ” and ” man ki baat ?” A five minute statement in the Rajya Sabha could have saved two weeks of Parliament’s time, but he did not consider it a good trade-off– why?

The usual excuses trundled out by his acolytes won’t wash anymore. Reported admonitions at a closed door party meeting cannot substitute for a declaration in Parliament. Statements by powerless Ministers in Parliament won’t reassure a nation that is increasingly on the edge-the whole world by now knows that this is a one man show and that no one else counts. Moreover, when the ruling party’s own affiliates openly indulge in socially divisive activities, it is incumbent for the leader himself to explain to, and reassure, the nation that all is well. Mr. Modi takes ( justifiable) pride in absolute control of his party and government, therefore he has to stand up and speak: he has sown the wind and he shall have to reap the whirlwind.

My initial assumption-and that of a lot of others who had reposed trust in him- was that Mr. Modi was not part of this regressive and disruptive brigade and that he would soon bring them to heel. But it has been eight months now, the vicious crescendo is only rising, and the Prime Minister has not uttered a syllable in public to condemn this rising tide of intolerance. One is left, therefore, with no other option but to conclude that all this has his tacit, if not explicit, approval.. Mr. Modi does have a pronounced streak of hubris in him but he is also a shrewd politician and would not let his ego stand in the way of his development goals, which are being badly compromised by a resurgent opposition and a steady surge of adverse public opinion. If he has been silent all these months it can only be because he empathizes with these Hindu majoritarian sentiments and has not yet renounced his RSS roots. Therefore, while there is no doubting his vision of a modern, first-world India, it shall have to be an India cast in the image conceived by the RSS and the Vishwa Hindu Parishad. He has not one, but two visions. 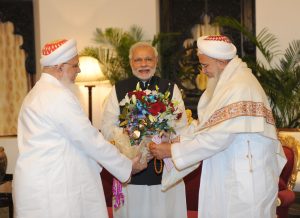 Mr. Modi’s second vision casts him in the role of a Hindu Samrat-it appears that he wants to efface the last 1200 years of India’s history and resurrect the hey days of the Guptas, the Mauryas and the Chauhans and relegate the Mughals, the British, the Nehrus and the Gandhis to that most modern of appliances- the shredder. But history is not just the past, it is also the present and its strands are so interwoven with the fabric of the contemporary India that they cannot be separated without destroying the whole.

We certainly did not vote for this second vision.

Mr. Modi has to comprehend this, he has to realise that this Icarus-like quality in his psyche will carve a hundred Radcliffe Lines across our landscape. It will also destroy his first vision of a modern India. The hardware is important but it will not work without a compatible software, and this is true of nations also. GDP, FDI, Smart cities, NITI Ayog, Bullet trains,-all these are commendable objectives but they cannot be achieved without social harmony, religious and cultural tolerance, respect for dissent, cooperation with civil society and a functioning Parliament.
Mr. Modi has to realise that a country as vast and disparate as India cannot be ruled by ordinances, and that he has to at least make an honest attempt at bringing about a consensus on divisive issues. Industry-and foreign capital-will not bring in their billions of investment on the basis of ordinances that will lapse in a few months: to the contrary, an ordinance will only fuel their distrust in our political and legal systems. Far from furthering his goals by taking this route Mr. Modi is only erecting more road blocks.

And finally, Mr. Modi has to realise that winning elections is not the “summum bonum” of a democracy, that the hard work of governance is the true test of a statesman, that if he cannot work with Parliament then he cannot work at all. He should not lose sight of the fact that the Parliament where he did not deign to speak also represents those 69% of voters who DID NOT vote for him or his party!

However, Mr. Modi’s primary realisation has to be that he can achieve nothing as long as he marches to the tune of the Sangh Parivar. He must realise-how can he not ?-that they are pushing an agenda different from his. He has to either tame them or jettison them. He may have won the elections because of them but he now has to govern in spite of them. This is one tiger Mr. Modi cannot ride. He has to dismount NOW- because already that smile on the tiger’s face is beginning to resemble a ” tilak”.