Rudyard Kipling wrote “The Ballad of East and West” more than 125 years ago, whose opening lines “East is East and West is West/And never the twain shall meet” have become legendary. Looking at the scientifically advanced life style in the western hemisphere routinely aided by machine and material, one might ask what is there that the East could have contributed to the West anyway! But, the way Yoga- the pristine science of India- has gradually become a part of American life, it suggests there lies something deeper. As Philp Goldberg rightly says in “American Veda”, Vedanta-Yoga has been the biggest contribution of East to West flow of ideas. Not to say that Vedas and Vedanta have become popular as scriptures, but the essence of “Ekam Sat vipraha bahudha vedanti” (Truth is one, the wise know it by many names) that originates in Rigveda has ‘seeped into the collective awareness of the West’ also.
Called by Mark Twain as the cradle of human race, India has a long cherished history of divinity, spirituality, and mysticism. The spiritual milieu of India was so vibrant that four religions emanated from its land: Hinduism, Buddhism, Jainism and Sikhism. Some believe Zoroastrian religion can also be linked to India. Scholars stress that the tenets of Sanatan Dharma (Eternal Religion) are conducive to proliferation of diverse thoughts, beliefs and sects. 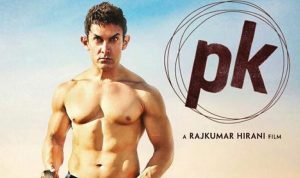 Fast forward, is it a mere coincidence that two recent movies- having a common theme- released in two different countries of the world are having different trajectories? A Bollywood Hindi movie “PK” is making waves in India and right from the beginning has invited protests from Right wing Hindu outfits. Well known for playing the religious minority card, the ruling Samajwadi party in Uttar Pradesh, was quick to declare the movie tax free and Janta Dal (United) in Bihar followed suit. Meanwhile, the movie “Awake: The Life of Yogananda” has been released in USA and is a pure bliss to watch. Both movies weave around the themes of religion and spirituality. Call it a sheer misfortune or fate of ‘Karma’, the movie ‘Awake’ is currently not being shown in India.

What is mysticism? The dictionary defines it as the belief that direct knowledge of God, spiritual truth, or ultimate reality can be attained through subjective experience (as intuition or insight). The esoteric manifestation of divinity cuts across human populations and cultures: they say a seeker can realize the Ultimate Truth through spirituality. But there are things that constitute exoteric manifestations of divinity. Various forms of religions, cults and practices including rituals and doctrines come under this. Swami Chinmoy rightly said: “Mysticism, poor mysticism! When it is underestimated and oversimplified, it comes down from its original sphere and stands beside religion”. This adage sums up the way we – humans – are responding to the two movies that are running in two countries separated by 8000 miles: India and USA.

Last month, I had the opportunity to watch the premier show of the movie “Awake: The Life of Yogananda” in Chicago. Based upon the biography of Swami Yogananda, the movie, directed by Paola di Florio and Lisa Leeman, narrates his life and teachings.

Paramhans Yogananda (1893-1952) is credited with taking Yoga to the West. At the age of 27, he landed in USA in 1920 on a spiritual mission (at the instructions of his guru Shri Yukteshwar). Yogananda used body and mind techniques of Yoga to teach divinity and spirituality to Americans. He aptly called: “We are not the body. We are the ocean of consciousness.” He further said: “By the definite science of meditation known for millenniums to the yogis and sages of India, and to Jesus, any seeker of God can enlarge the caliber of his consciousness to omniscience to receive within himself the Universal Intelligence of God.” 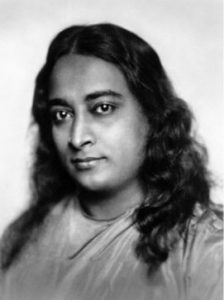 Today, words like meditation, Yoga, karma, guru and even moksha have become parts of the American lexicon. Swami Vivekanad must be given the credit of initiating a Hindu-inspired meditation movement in USA, says Lola Williamson, author of Transcendent in America: Hindu-Inspired Meditation Movements as New Religion. She argues her case by showcasing three significant movements in the history of USA, which she terms as a new religion: Yogananda’s Self Realization Foundation (SRF), Maharishi Mahesh Yogis’s Transcendental Meditation (TM) and Swami Muktananda’s Siddha Yoga. With Swami Vivekanad (1993 onwards) having sensitized the West to Sanatan Dharma, time was ripe for Yogananda to build upon when he touched the American shores in 1920. Yogananda spent much of his next 30 years in USA, giving significant impetus to the introduction of Eastern philosophy to the Westerners.

Yoganand rejuvenated and popularized Kriya Yoga to the world, and particularly to the West. The brown mystic from India used yoga as a tool to teach the science of soul and spirit to the West. After all, as modern science too concurs that even though Yoga is done through body, it is more about the mind! If today, a yoga center in USA is as easy as finding a coffee shop, credit must be given to Yogananda for the hard work he did decades back.

While Paramhans Yoganand was well received in USA, he had his share of disappointments and challenges. Indians were not eligible for immigration to the U.S. until 1946 and for all practical purposes, significant arrival of Indians did not happen until 1965. In the times of Yoganand, India was under British rule and racism was a big thing in USA. With this background and xenophobia notwithstanding, it was not surprising that Yogananda faced stiff racism in the Southern parts of USA (part of the country which showed deep disdain for abolition of slavery in Abraham Lincoln’s times). He was even put under surveillance by the U.S. government at the behest of British India.

When he came to know that blacks were not allowed to attend his congregations in Washington D.C., he tackled the racial prejudice with aplomb! Yogananda announced creation of African-American center for his brothers and sisters of color. Similarly, he blessed a marriage between an Indian and an American as a political statement against racial barriers. Yogananda was a great supporter of Mahatama Gandhi for he believed if a man can reform himself, he can reform the world. Yogananda visited Gandhi ji at his Ashram in Sewagarm, Wardha. It is said that he even offered him a class in Kriya Yoga and a tip about avocado as a rich source of proteins among vegetarian options. I am sure, had Yogananda been alive, Martin Luther King would have got a big moral support from Paramhans for his civil rights movement. Is it mere coincidence that the voice of these two evolved souls resembles?

In 1946, Yogananda’s “Autobiography of a Yogi” came into the market. It is a spiritual classic and has been published in a score of languages and sold millions copies. Yogananda breathed his last in 1952 in USA.

The teachings of Paramhans Yoganada continue to be relevant today. Despite the comforts brought to us by science, the world continues to witness disparity, violence and conflict, thus, stressing the need of spiritual healing.