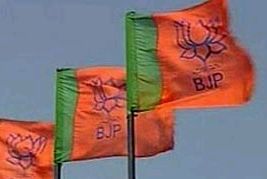 Dehradun : In what is being seen as a setback to the Congress in general and Uttarakhand chief minister Vijay Bahuguna in particular, the party candidate Saket Bahguna lost to BJP’s Mala Rajlakshmi Shah by a margin of over 23,000 votes, in the Tehri Lok Sabha by-election, counting for which concluded just a while ago.

The Tehri parliamentary segment is spread over three districts of Tehri, Uttarkashi and Dehra dun.

While the Congress candidate had an edge of about 3500 votes in Uttarkashi district and over 750 votes in Tehri district, he lost in Dehra Dun district by over 24,700 votes, which sealed his fate.

However, on being made the chief minister of Uttarakhand, Vijay Bahuguna resigned from his Tehri Lok Sabha seat and contested from the Sitarganj assembly segment, a couple of months back, from where he won by a record margin.