Shimla: For Ankush Arya, Gurman Reen, Shiven Sharma, Sanchit Sood and Vicky Brijesh, Shimla’s famous five, it was a dream realized. Cycling all the way to a Himalayan peak and that too Churdhar, which at 3650 meters altitude happens to be the highest peak in the Shivalik ranges, was more than what they had bargained for. 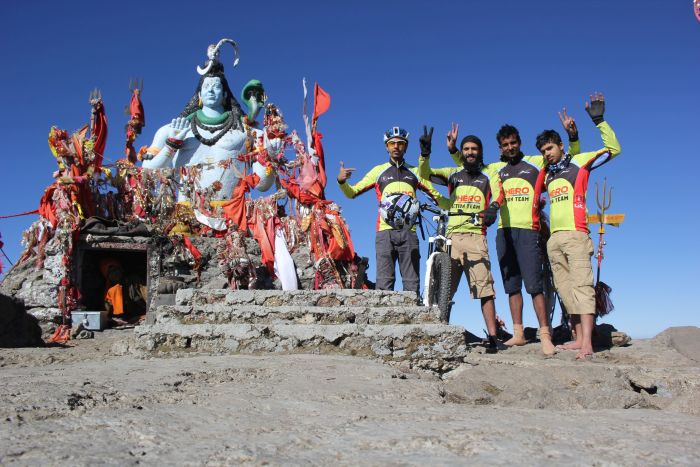 Part of the Hero Action Team, the adventurers on November 3 started out from Nauradhar in Sirmaur hills pushing their bikes loaded with light luggage and cycled where the terrain permitted continuously for 6 hours till nightfall forced them to camp on the mountain.

“In the 20 Km long uphill route to the peak of Day One only about 20 percent of it was ride-able”, said a team member.

Starting out early next morning, the cyclists were able to ride for about 3 Kms and the remaining 3 Kms proved to be test of their grit and determination because there was no track to cycle on and the bikes had to be pushed or carried all the way to the peak.

Soaking in the 360 degree view from the peak, clicking photographs and selfies, the riders took only 4 hours to get back to starting point, where as it had taken 10 hours including a night camp to do the uphill journey.

“It was a very adventurous expedition and a life time experience,” said Ankush Arya leader of the team. The cyclists claimed to have spotted wild life, which included a leopard on the route.

The adventure had the support of HASTPA (Himalayan Adventure Sports & Tourism Promotion Association) an organization that for the past decade has been holding Mountain Biking (MTB) events and promoting the sport in the Himalayas.

Because of its appearance on a moonlit night shaping like a damsels arm adorned with bangles, the peak is named Churdhar and locally known as Churchandini (Bangles under moonlight). Just below the peak is a temple dedicated to Lord Shiva, which many pilgrims trek to in the summers to pay their obeisance. 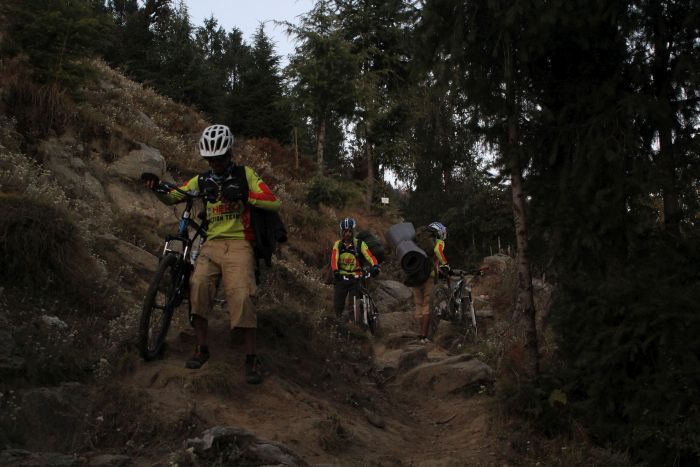 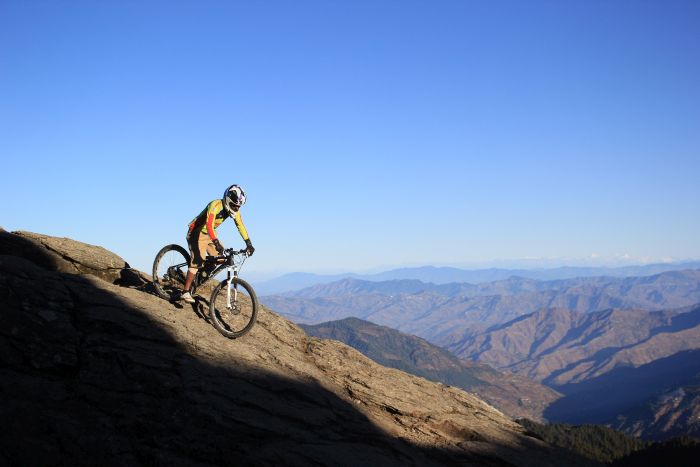 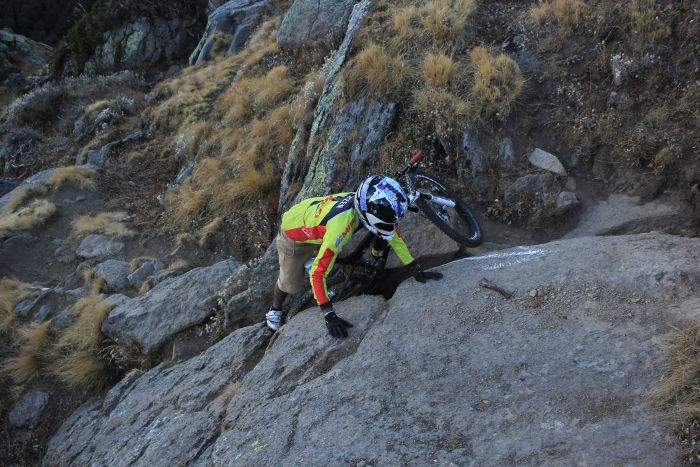 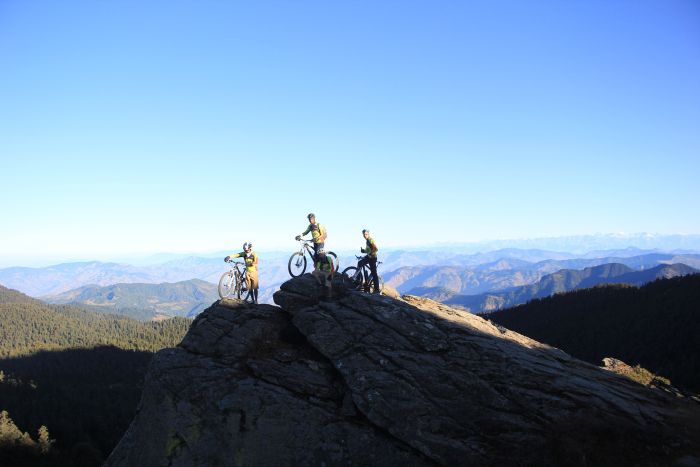 The cyclists have laid claim to being the first mountain bikers to have tread the peak top with tire’s that were fueled by sheer lung power.