Dehra Dun : By hosting a group of 50 students at Kedarnath, when the portals of the shrine dedicated to Lord Shiva has been closed for the winter months, the Uttarkashi-based Nehru Institute of Mountaineering will give a much-needed fillip to tourism in the higher reaches of the state, by motivating the local youth to take to adventure-related tourism as a vocation and also boost the local economy

The Principal of the Institute, Col Ajay Kothiyal said that the purpose behind the project was a maiden effort to develop self dependent and sustainable tourism in the Kedarnath region.

“Should the project be a success, as it is most likely to be, seeing the response that it has initially got, it will be replicated in other higher reaches of Uttarakhand to boost the local economy and provide much needed employment within the region to the local youth”, said Col Kothiyal. 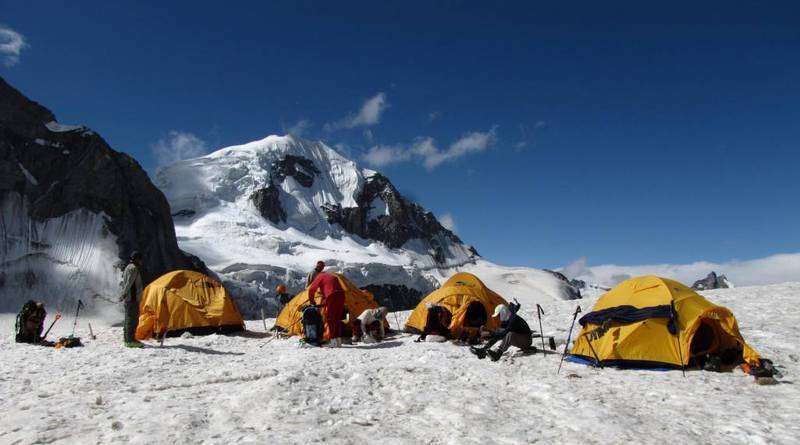 The idea is that the local youth of Kedarnath, specially the children of the purohits and others who stay in the villages in the higher reaches, will be guided by experts of the Institute how to handle groups of tourists and where all they can be taken on treks, besides providing them information of not only the religious history of the place, but also the flora and fauna. Thereafter, hopefully, the youth will be able to take groups on their own and give an impetus to adventure tourism in the region.

It was also hoped that the home stay scheme could be extended to the region and the local youth with help from banks or the state government redo one or two rooms in their houses where these tourists can be made to stay. They could give the tourists local food, ,which will not only be interesting to the tourists, but add to their knowledge of the Garhwal Himalayas, besidses adding to the economy of the families in the area.

Perched beautifully on the turtle back hill across the east bank of river Bhagirathi, NIM overlooks the sacred town of Uttarkashi and the confluence of Indravati with Bhagirathi. Itwas established at Uttarkashi on 14th Nov 1965 to honor the great desire of Pt. Jawahar Lal Nehru, the first Prime Minister of India, who was an ardent mountain lover.

The proposal to have a mountaineering Institute at Uttarkashi was mooted by the Ministry of Defence, Government of India and the Government of Uttar Pradesh in 1964. Uttarkashi was specially selected as the home of NIM, primarily because of its close proximity to the Gangotri region in western Garhwal, which has some of the best climbing and training potential in India and perhaps in the world.

The Institute took shape in 1965 at the Provincial Armed Constabulary Campus at Gyansu on the north bank of the river Bhagirathi. The present location, about 5 km away across the Bhagitrathi River, was selected in 1970 and NIM moved to its new location in 1974. It is now located at 4300 metres above sea level in the Ladari Reserve Forest, amidst a dense pine forest, overlooking the sacred river and the valley of gods.

It has a sprawling campus, spread over almost seven hectares of prime forest land. In 2001, Tekla Rocks an area of almost 3.5 hectares of Rock and boulders, was added to the real estate of the Institute. It offers the trainees a wide number of services catering to their ideal physical and mental development. The sylvan surroundings of the Institute and the exquisite natural surrounding have made NIM the Sanctum Sanctorum of all mountain and nature lovers and it is now coming up with innovative ideas.