It is already being called as Cricket’s day of shame. The West Indies’ decision to cut short their tour to India on the back of a pay dispute with their cricket board, has not garnered any appreciation or sympathy on behalf of the BCCI or the HPCA. Having caused a media furore already, officials from the Cricketing echelons of India have indulged in pragmatic threats whereby they have claimed to move the ICC (which is chaired by an Indian and largely funded by the BCCI) for recovery of financial damages, and terminating all future ties with the West Indies cricket board.

Firstly, in revising the antics of the last 48 hours – which unceremoniously panned out from one of India’s most scenic cricket stadiums located in the Himalayan Dhauladhar ranges at Dharamshala, one may look at the broader picture, which in the case of cricket isn’t much, to be brutally honest. Friction, and especially the recently over-narrated one between the West Indies cricket board and their players is nothing new. Cricketing countries other than India, Australia, and England failing to gratify their players adequately, in return for their services is nothing new either.

That the Indian cricket board has reacted like an enraged bull contorting with apathy and anger at the sight of a flag at a rodeo they alone run and control, is perhaps not new either. The Sri Lankan team that has been ‘rented’ for 5 matches to account for the financial investment, had staged a similar protest, only last year. 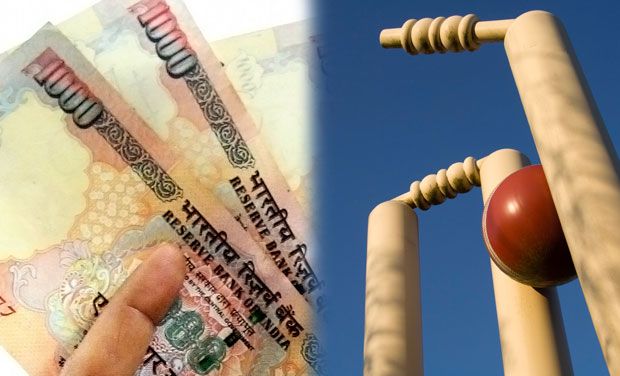 Now, to call upon the narrow-eyed-statistician in me, the Indian cricket team plays the most number of matches in a calendar year (include in this the annual IPL, the champions league 20-20 and anything else that I couldn’t be bothered enough to pay attention to), occasionally challenged in that department by their saviours the Sri Lankans. The sport, after the dismal jog-into-the-sunset by Zimbabwe in the last decade – owing to their own farce of a national situation – has been left on the shoulders of 9 countries, including Bangladesh. Remove Bangladesh, and you have 8. India cannot play with Pakistan who are hamstrung by a faulting governance and an identity crisis of their own. Now left with 7 – assume that the overarching threats by the BCCI stand good – you are left with 6 countries. India can play with 5 them, with New Zealand consistently engaging in the least amount of cricket every year and struggling to replenish the quality of their squad. The countries left out are perhaps the only ones who offer competition not only on the field but in terms of the financial strength they carry.

It is needless to state the fact that the BCCI empirically owns cricket right now. Remove the West Indians from the picture and you have two continents in the Americas that aren’t even interested. Beyond the commercial taci-turn world of the cricket-osphere consider the ambivalent aesthetics of the game. Since the late 90s the game has seen more changes than your local government. There have been the super-subs, the free-hits, the powerplays, and about every other gimmick that has violated the authenticity of the sport – and all of this to improve the x-factor. The appeal of the game remains in a handful of countries, but is dwindling with the over-subscription of a sport that already requires investment through days and nights. The stance of the BCCI undercut with a sense of stoic self-appraisal is an indication of the lopsided world of cricket. Even if the Indian team fails to win on the field, off it there is no scope for losing. And that is precisely where the BCCI is trying to put its foot down.

Then there comes the players’ side of things. Granted, you would never hear Indian players stage such protests – apart from the occasion when it was suggested that they be given performance based contracts, how illogical – there is to be expected a certain demarcation of empathy , somewhere along the line, for a fellow professional. When you sit on the throne, the world looks smaller, but the problems remain just as big. Not all cricketing boards are able to generate the same amount of money as the corporate fielded BCCI. Not all of them can compete with the BCCI’s muscle.

Headlines will run: “West Indies cricket hits new low”. The truth is, cricket in India has run too far ahead, leaving everyone behind. With Australia concentrating on the increasingly popular football A-league, and England facing in-house friction of their own, India might soon be left with being the only men in what is deemed as the “gentleman’s game”.

Quoting the HPCA president, when he unsuccessfully tried to convince the West Indies’ team to continue with the tour – “In that case, I am not your host, you are not my guests. Kindly make your own arrangements to fly back. If the match is cancelled, I am not sure if you can get a flight to go to Delhi”-you can pretty much gather a picture of this money-hungry beast, the BCCI, having left the “gentle” in the gentleman’s game far behind.