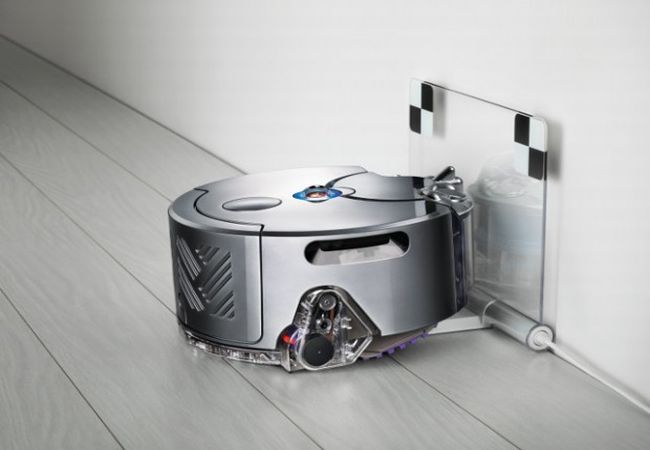 The last decade has seen the launch of many robotic vacuums in the consumer market. But the customer satisfaction that they strive to deliver is a debatable issue.

Most consumers feel that they fail to justify their high price tags of $300 to $500. But Dyson is all set to change that opinion with the launch of their Dyson 360 Eye.

The company claims that the inbuilt 360 degree robotic eye is a never before seen feature, that helps in the navigation of the robot in the room. It also comes with caterpillar style track wheels that enable it to move easily over all obstacles.

Although the company claims that the Dyson 360 is capable of removing dirt better than any competition, we would like to wait and comment on that. In the past it was observed that robotic vacuum cleaners are low on suction and unable to detect the environment. Dyson 360 claims to have overcome all those hurdles and is being projected as the original labor saving gadget. But surprisingly there is no mention of any inbuilt lasers that might be capable of scanning the rooms. The mention of only brushes and fans leave s a few questions unanswered. And would the caterpillar navigation be successful to maneuver stairs is another query.

The Dyson 360 will see iRobot Roomba as its direct competition, as the latter has some great feedback from its customers. Most consumers had reported that it was efficient enough to remove even small bits of paper, sand particles and even sand. The Roomba was seen navigating easily out of tight spots and also around extension cords. The Dyson 360 has a huge motor that will make sliding under counters and nooks, questionable.

The Dyson 360 Eye will be launched in Japan in the early spring of 2015. The price of this robotic cleaning genie has not been disclosed yet.

On comparison of rates the Roomba is  way cheaper than the Dyson. The only way Dyson 360 Eye can beat its competitors is by superior performance and deliverance on its tall claims.