Name one thing that has simply made up your childhood. Well, if you ask us, then we wouldn’t think twice to give credit to some of the ravishing superheroes for the same. Be it Superman, Spiderman, Batman or even our divine Hanuman, with their zeal to demolish the evil from Earth, they have indeed won the hearts of children over the years—and continue to do so even now. However, there were also some pseudo heroes, who, with their foolish dialogues and overtly special effects, simply remained a butt of ridicule over the years. A list of such “superheroes” are listed below— 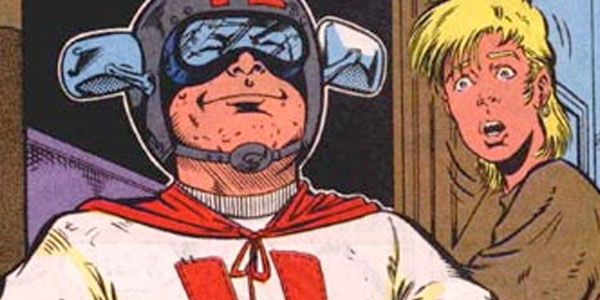 Ask anyone around about who the lamest superhero of all time is, and you’ll get “Hindsight Lad” as the unanimous answer. After all, no one wants to see a superhero throwing dialogues likes “Only if we had done it my way” when the world around him is shattering into pieces by the evil forces. And, that too when with his “hindsight” power, he could see whatever it is one of those moments when you wish to succumb to evil rather than getting saved by such an irritating and superfluous super hero! 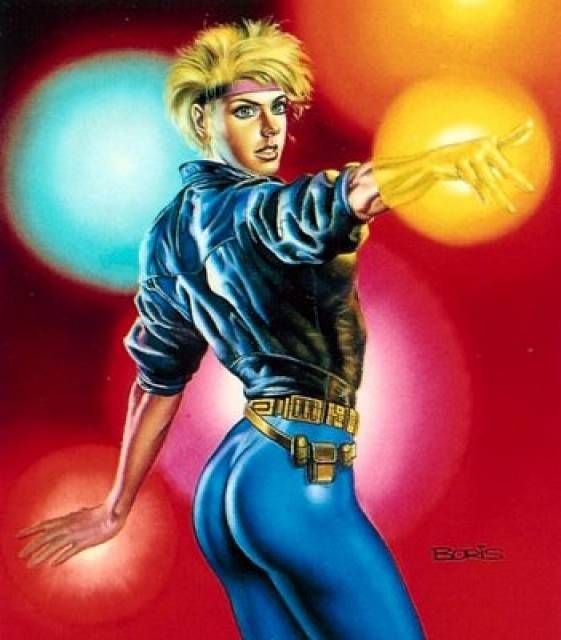 A part of the X-Men series, Dazzler’s powers involved converting the sound vibration into light energy beams, and demolishing the evil powers with that. Yes, you’re right. The comic strip (and, later a TV show) was as absurd and bogus as it sounds. The only plus point with this superhero was that she would have you got groovy with the disco beats: that is, if you were still alive after watching the endless moments of irritating absurdity that preceded and lead to the disco sequences. 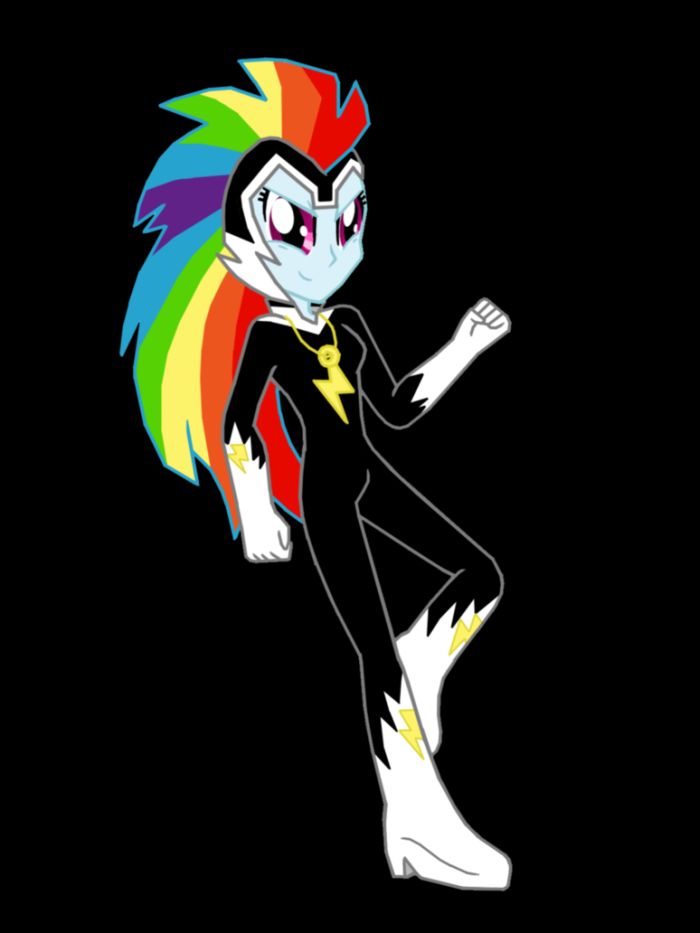 Although “rainbow” is something inherently attached to her, this superhero showed bouts of sexism which no other women superhero had ever shown. That’s perhaps the first thing you’re going to notice about this show. And, do you know what her superpowers were? Well, she could wield power from the “emotional spectrum” in order to achieve her goal of saving the universe. Oh, did we say that like all other stereotypical women, she also underwent tremendous mood swings? Well, sexism at its best it is! 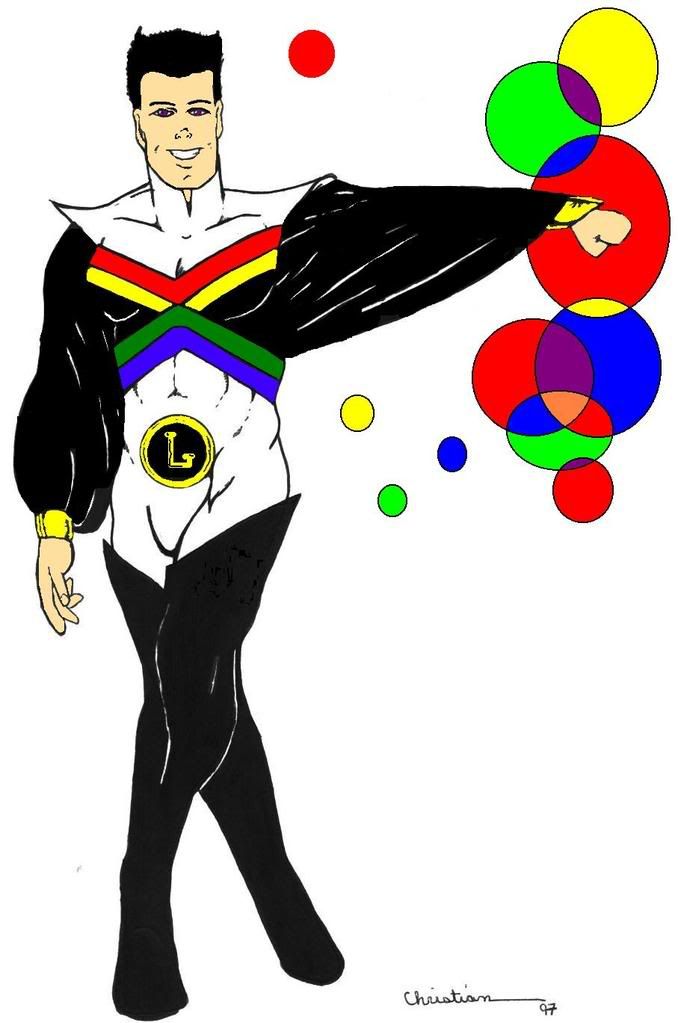 Originally a part of the “great” Legion of Superheroes, Color Kid is perhaps the irritatingly funniest super hero ever on the block. With his power of changing the colors of objects at his will, he was destined (don’t know who made it his destiny) to free the world of all its evil contents. Well, we don’t know whether his power could actually save us or not, but his stupidity could actually have! 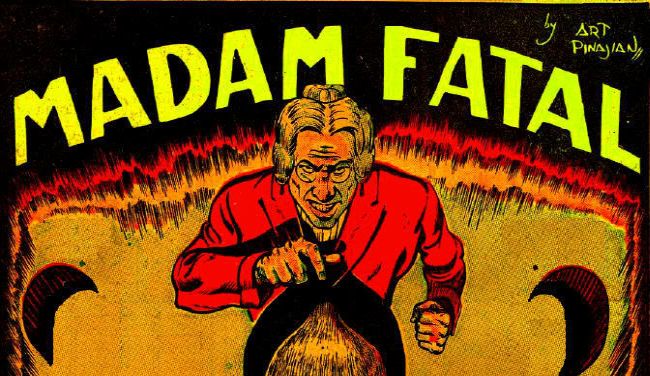 Yes, this superhero could actually kill you with her/his most idiotic antics and attitude. Do you have any idea about this superhero’s power? Well, dressed up as an old lady, she went on to ravish the evils of the society. And, do you know who his ardent follower was? A parrot named Hamlet who would endlessly chirp, “Long live Madame Fatal”! 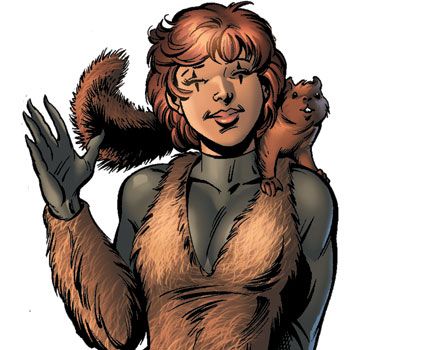 A decisive character from the Great Lakes Avengers, Squirrel Girl was everything that you wouldn’t want to see your favorite superhero as. Unlike the well-dressed and macho superheroes, this squirrel someone would be dressed up in a swimsuit typed costume and wristbands made of squirrel hairs, sharp claws to pounce on the enemies and sharp buck teeth to cut through wood. As if these weren’t enough, she also had a long prehensile tail. And, these were her powers to fight the evils of the universe. Another sexist creation, what do you think? 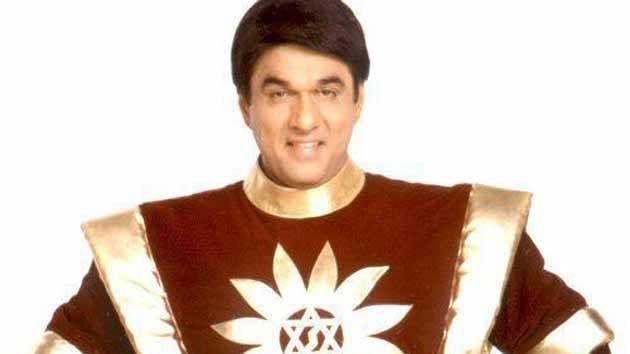 This may not be as “(in)famous” as the rest, but then again it does deserve a position in this list. India’s own superhero, Shaktiman was basically a very timid middle-aged man (yes, a middle-aged superhero) who would spin about to done the garb of a worldly savior. And, do you know who he had to fight on a daily basis?—Tamraj Kilvish (the “Shaitaan” who would make a queer gesture with his hands and say, “Andhera Kayam Rahe…Andhera Kayam Rahega”), Joke Jokala (because she was borne out of leeches), Shakala and the rest. Instilled with lots of drama, the other most irritating thing about this series was that…you would fail to count the number of prospective girl friends this middle-aged “superhero” had. Simply atrocious!