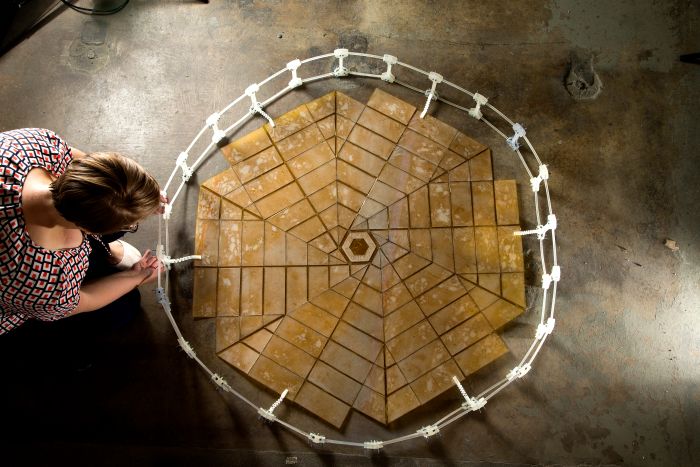 Brian Trease, a mechanical engineer had never imagined in his wildest dreams that his fetish for folded cranes of paper will one day be the source of inspiration at NASA. His love for origami has stimulated him to implement the basic idea for designing devices for space.

This experiment is similar to a marriage of two people from different nations. It is an excellent example of the perfect merger of technology and culture. Trease worked on the project with researchers from Brigham Young University, in order to convert this vision into reality. 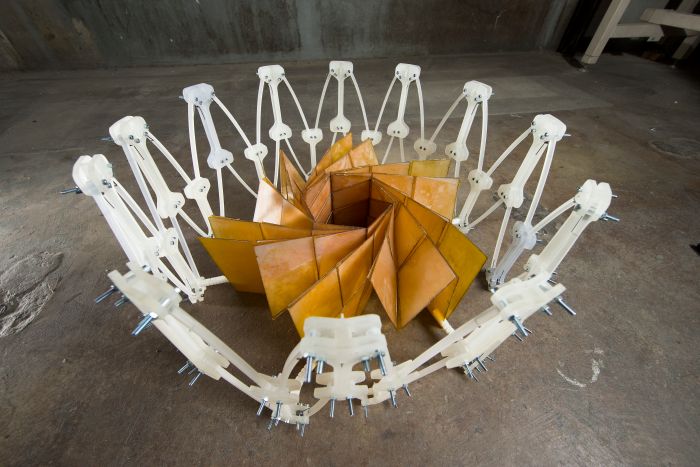 Origami will come into play here, for designing solar panels that could be packed, folded and shipped in a single rocket. Contrary to present day designs, that are sent in simple folds that resemble a fan or an accordion.

Trease and his team are aiming to pack solar panels in complicated folds that look intricate but are easily deployed. The ongoing research with the help of origami expert Robert Lang, is developing a solar panel that folds up to be 8.9 feet and becomes a humongous 82 feet on deployment.

For those of you who have some basic knowledge of Origami, the solar arrays are being designed with the help of the Miura fold. In simple words a compact structure that when open resembles a checkered board of intricate parallelograms. Since this fold is easily opened by pulling from one corner, deployment is effortless.

When you will see the images you will agree that Trease’s prototype resembles a flower that is about to bloom when compact and a large sphere when open. NASA is hoping that foldable solar arrays can be combined with Cubesats. Trease is also hopeful that the origami fundamentals will also be implemented in creating antennas for spacecrafts.

Designers have had to convert the concept originally designed for thin pieces of kite paper, into unwieldy materials that are best suited for solar panels. 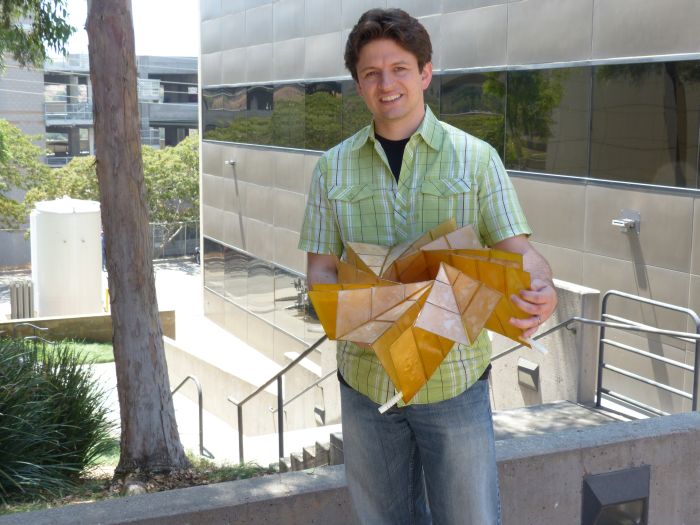 In these hard economic times an agency like NASA is also looking for ideas to improvise in order to save costs. Smaller panels means small rockets and easy deployment in space.

Feasible or not is yet to be seen, but the idea of putting the radiation to good use, sure sounds like a buyable idea. Looking at the past record of NASA, lets not underestimate the guys.