Dehra Dun: The 280 kms Nanda Devi Raj Jat yatra, which will take three weeks to reach its destination in the Kailash mountains, started from Nauti village yesterday with much traditional fanfare and gaiety that has been marking it for years. The yatra is normally undertaken once every 12 years, but this time, in the presence of the state Governor Aziz Quereshi, it took off after a gap of 14 years,

Ironically, the yatra this year also show cased the non-coordination of various agencies for an event which not only traverses through one of the most picturesque locales of Uttarakhand reaching heights of over 18,000 ft, but is unique in the sense that it is perhaps the only one, where a four-horned ram leads the people and gets the pride of place 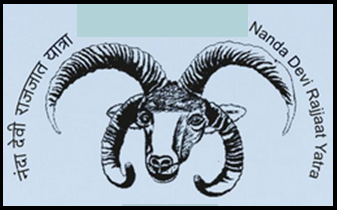 The yatra, which draws visitors and enthusiasts from all over the world, specially photographers keen to capture the colourful proceedings and locales on celluloid, could also show case Uttarakhand as a tourist destination and bring many picturesque locations on the international tourists’ itinerary. But apparently no thought was given in this direction by the state government or its organizers.

In fact there seems to have been hardly any coordination between the state government, the departments and the organizers, which is apparent from the fact that it could be hit by rough weather at a later stage, specially in the higher reaches. Uttarakhand met department head, Anand Sharma warns that there could be heavy rainfall in the region where the yatra is headed, towards the weekend.

This is probably why, Uttarakhand chief minister Harish Rawat, on whose shoulders lies the responsibility of the safety and welfare of the participants of the yatra, wanted that it be postponed for about 15 to 20 days so that it was not be hit by rough weather. But the organizers were of the view that the auspicious time and date for the yatra had been announced and there was no going back on it. 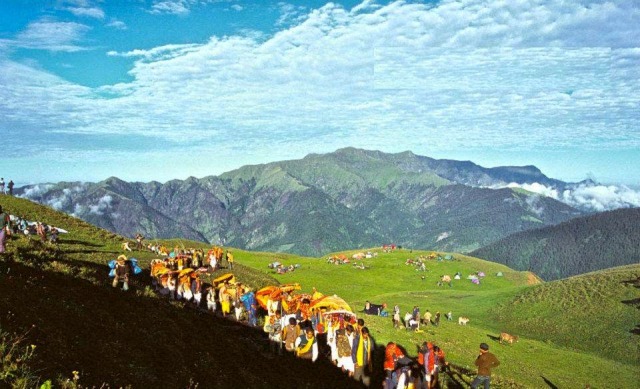 Upset that the organizers had not taken the state government into confidence on the date the yatra would commence, he reiterated the fears of the meteorological department that the conditions were bad as inclement weather could hit the yatra in the higher reaches of the state, adding that it is important on such occasions to have mutual discussions to ensure that there is no mishap.

Though the yatra started from Nauti village under clear skies, devotees participating in the yatra were very clear in their minds that the Gods would make everything favorable for the completion of the yatra, including the weather. The met department also feels that skies may be clear next week, but was not sure when the conditions could take a turn for the worse, as the weather in the higher reaches is very unpredictable.

Apparently the chief minister also did not want to disturb the organizers of the yatra, which is perhaps why he did not put pressure on the state tourism department to postpone the money being given for it. The Uttarakhand Tourism Development Board has given Rs 24 crores to the district magistrate Chamoli and Rs 1.25 crores to the commissioner Kumaon for making arrangements for the yatra.

But what has been revealed by the meteorological department is, that though this small hill state has been bearing the brunt of the vagaries of nature, specially high intensity rains and cloudbursts, successive governments have been blind towards the need of installing Doppler radars so that the met department could predict them and warn the people to move to safer regions. 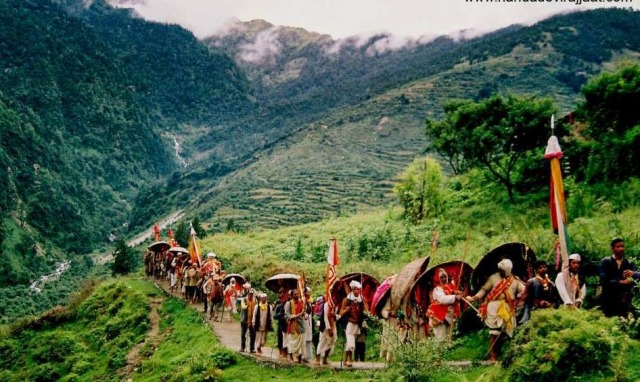 According to an official of the department, the state government has been sitting on the plan to install three Doppler radars for about 10 years now, as it had made no efforts to sanction land where the equipment could be put up. Land in this small hill state is being encroached left and right by the land mafia, but the state government has no land for the installation of equipment which could be vital, specially for the annual char dhaam yatra and also the Nanda Devi Raj Jaat.

A word about the four horned ram, also called ‘chausingha khadu’ that leads the yatra. There has been one occasion when the yatra was cancelled, in 1964, because no four horned ram was born in the Chandpur region, which is a must. No name is given to such a ram after it is born and this year, the yatra is being led by a five and a half month old. Incidentally special prayers are conducted for the birth of such a ram in the region so that the yatra can take place.