HydroGuard is aimed to provide relief to people who struggle to keep flood waters out of their homes. It can be attached to doors of all sizes, without making any changes to the doorways. It is easy to install and once the water recedes it can be easily removed and stored for use later. 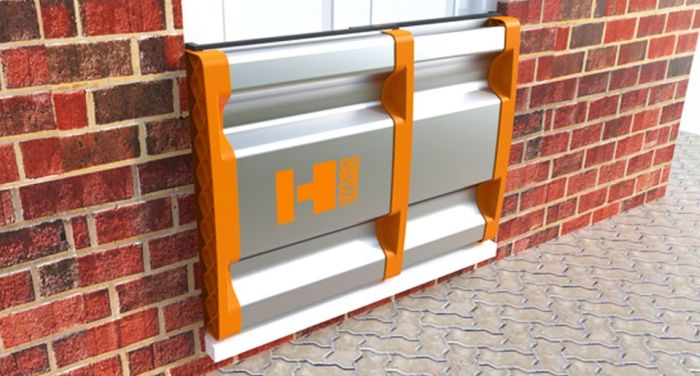 Hydroguard creates a seal on the door and is more successful that sandbags that can only be used once. The water and debris fail to enter the house, once the HydroGuard is installed outside. And if the need for an emergency exit arises the occupants, can leave the home in a matter of minutes.

The designers of HydroGuard are hoping to raise £50,000, with the launch of their crowd funding campaign, in collaboration with Indiegogo. The campaign for this reusable, highly affordable flood protection system will be launched on September 17th.

The basic design of this innovation is based on a sliding system that can be adjusted according to the size of the doorway. Just clip it to the door frame and be stress free. It can be easily collapsed and stored till the next use. The designers have prices it at £180 for now and are committed to keep it affordable for all.

Often adversities lead to great inventions, the designer Hannes Floto, lost two houses to surprise flooding in Athens and Maryland and decided to take matters into his hand. With some help from James Browne and the team at Studio 17, Floto has managed to create a protection system, that is streamlined, simple and effective.