The “quality of milk”- a household topic otherwise is finding its place in discussions among various sections of society today given the scandalous milk racket that was busted in many parts of country a few years back, sending shivers to many.

My mother, visiting me in Dharamshala during her summer break, woke up to the milkman’s early door bell at 6:30 am. Like every mother she instantly turned into a food inspector- smelling the milk, tasting it and even shaking it to check its concentration.

“The milk seems good! What do you think?”, she asked concerned.

“Yes, better than what you get back home”, I said feeling thankful and grinning.

The “quality of milk”- a household topic otherwise is finding its place in discussions among various sections of society today given the scandalous milk racket that was busted in many parts of country a few years back, sending shivers to many. I have had my share of struggle with finding a good milkman (trustworthy) when moving to new places either for studying or work.

I still remember how once a milkman brought good milk for about a week and once he was sure and had earned my trust – the quality gradually declined! 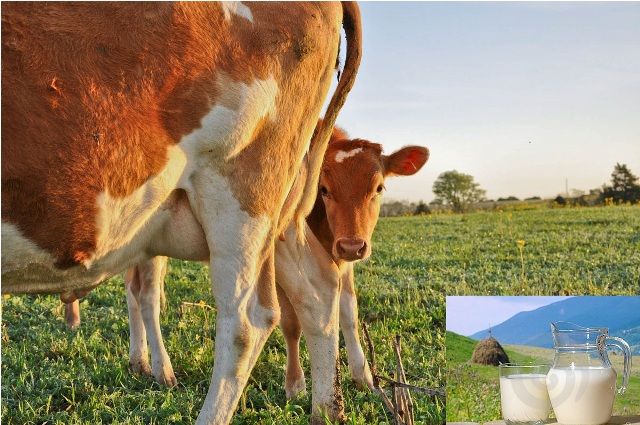 At one point I just stopped drinking milk until I had the opportunity to work in my hometown and enjoy the privileges of farm fresh milk again. Though with time the milk has become thinner and diluted but one can’t complain when others are forced to drink milk containing urea, detergents etc.

One article in leading newspaper said how some activists have been fighting for long to provide safe milk and according to the test performed by them, both on Indian and multi-national companies, milk turned out to be of substandard quality, some even toxic.

Ironically the price of milk has more than doubled since 2008 as per the increase in procurement prices. As per first-of-its-kind survey on milk by the Food Safety and Standards Authority of India (FSSAI), nearly 70 per cent milk samples collected across the country did not conform to standards.

Samples collected from rural areas fared better with only 30 per cent non-compliance as compared to urban centers.

There are a few stories of milk adulteration I have heard but most of us in mountains have a very faithful and trustworthy relationship with our milkman. They are sort of our inactive family members – the first ones to get invitation and gifts during family functions and festivals respectfully.

Some even sell us good quality sheep wool, cow dung, homemade spices etc. In times when its hard to find pure things I have always felt us to be more than lucky to still enjoy such privileges.

So, when I read about “Himachal Pradesh farmers now need a licence to sell milk, fruits”, I did not know what to make of it, I was bothered for sure!

The very next morning I asked our milkman if he had any idea about this – to my surprise he had not even heard of any such news so far and didn’t seem worried either – a good thing, though.

But I am sure he would start worrying once he learns if not done so he could be jailed for six months and fined Rs 5 lakh! In addition to this the farmers will have to submit their yearly return record, medical certificate and their photographs with the authorities.

The article also said that the last date for the registration for license was 4th August, the very same day it was published. So, I did a little Google search operation and found out that FSSAI has been extending the deadline for registration for all kinds of Fbo’s for over 3.5 years now.

I took a breath of relief for our milkman and my daily glass of milk too!

In Himachal, out of total farming community, 85% are small and marginal farmers with small land holdings making it economically non-feasible. In such case they grow off season vegetables for domestic markets and sell fruits, spices, cow dung, other milk products etc to municipal localities.

Most families rear one or two milch cows in addition to other cattle for self consumption milk but sell the surplus door to door in nearby urban towns. Often the money from selling milk is kept by women and is a means of economic empowerment in villages.

Therefore, in wake of providing safe milk, the FSSAI may instead curtail the supply but also take away the livelihoods of below the poverty line farmers in state. The registration process in itself is a cumbersome and long process. But there are even more serious concerns and doubts to be addressed.

However Himachal Kisan Sabha for now has taken up the matter and worries of the farmers and would meet concerned authorities to discuss.

This morning I again asked the milkman if he has heard anything now.

“Nahi Ji, kuch bhi nai”, he said shrugging his shoulder and smiling but promised to keep me updated.

I exhaled my anxiousness and drank my glass of milk peacefully in hope of better news.

Shalini Garpha, an engineer with masters in economics, is a versatile personality. Her primary interests lies in digging up lost treasures of mountains ie traditional food, stories, tales and is a staunch supporter of village economy. When not reading, writing or researching about any of above, one can find her tucked in a quite corner crooning soulful songs or reading Children's and YA books! A creative writer by choice, she hopes to some day publish a collection of short stories from the mountains.