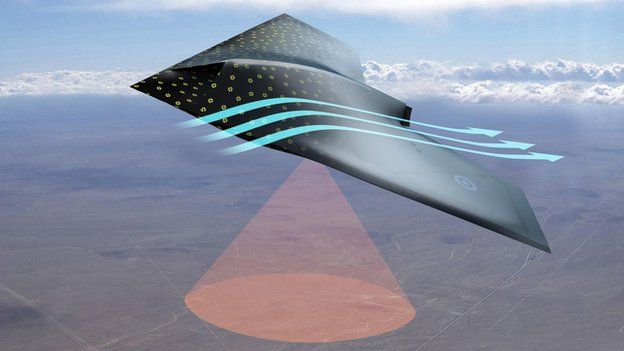 BAE systems are designing a technology by which the exteriors of an aircraft will be covered with in-numerous sensors. These sensors will act similar to human skin and be able to detect any problem very early.

The basic concept of the system is to allow the aircraft to ‘feel’ any damage as soon as possible. The smart sensors will also be able to take measurements of the wind speed, the movement and the temperature.

Senior scientist Lydia Hyde got inspiration for this idea by observing her tumble dry washing machine, which had an inbuilt, sensor to control overheating. The idea soon went beyond aircrafts and researchers started working on sensors for ships and cars too.

She started working on replacing expensive sensors with cheap multi functional ones. The smart skin of sensors soon started taking form. Researchers are trying to make them as small as dust and with independent power sources. Their installation would be as simple as spray painting an aircraft’s exteriors.

Jennifer Cole a senior research fellow, at the Royal United Services Institute (Rusi) is hopeful that the skin like sensors could also be used to provide early warning signals for natural calamities..

The skin like outer layer made of millions of sensors, is sure to revolutionize the way weather is predicted or warning signals are detected and even save aircraft’s if hit.