The bridge, constructed in 1904 by Maharaja of Patiala, was built by a Calcutta firm.

Shimla: A vital bridge connecting Kandaghat, Sadhupul with the tourist resort of Chail collapsed today morning when a trailer truck, laden with apple boxes, was crossing over it.

No loss of life has been reported.

The temporary bailey bridge had the capacity to permit 9 tons of carriage over it but the loaded trailer truck that attempted to cross over it is believed to have weighed about 23 tons.

There was no traffic regulation at the bridge, which could have stopped the truck for attempting to cross over it. 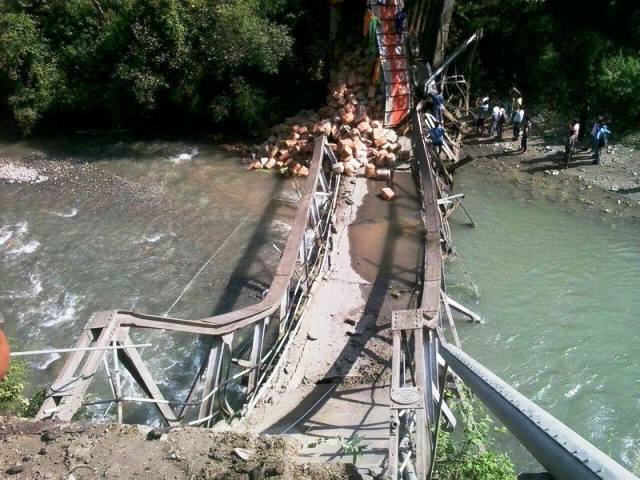 Those headed for Chail, would now have to take an alternate and longer 60 Km route that passes through crowded Shimla and Kufri.

The bridge, constructed in 1904 by Maharaja of Patiala, was built by a Calcutta firm.

The Maharaja of Patiala, who was debarred from entering Shimla by British rulers, had laid the foundations of Chail township, and the bridge was specially constructed to reach the hill top summer destination of the royal estate.