After the Hindu victory with Narendra Modi’s accession to power, what we now have to guard against, is that, instead of an intelligent pro-Hindu policy with lasting positive effects, counterproductive feel-good policies are enacted. From a distance, Modi seems bright enough to ward off these tendencies, but much depends on the people he will surround himself with. At any rate, the internet noise far outweighs the rare forward-looking proposals. 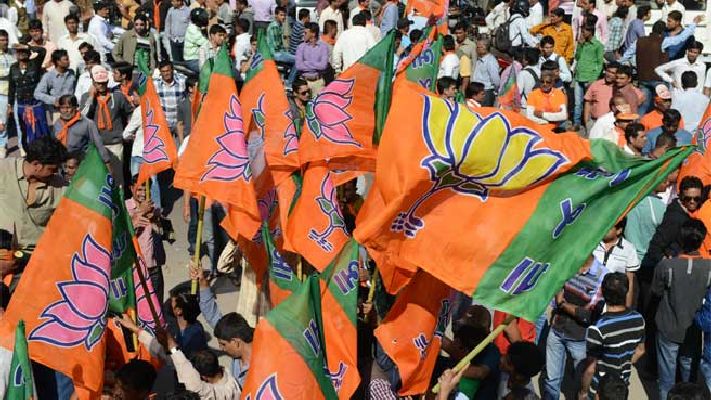 All kinds of pampletteers are climbing out of the woodwork to call for policies which amount to banging your head against the wall. For instance, some say “bring an anti-conversion bill”. Such a bill will do nothing at all to stop conversions (fact: in China, the Christian mission is very illegal yet very very successful), but it will provide a strong weapon to the enemies of Hinduism. If you are a mission agent, or if you are a mouse-clicking internet Hindu out to vent his emotions, then do call for an anti-conversion bill: it will hurt Modi’s and Hinduism’s reputation and speed up conversions. But if you are in it for Hindu victory, then proceed more intelligently.Similarly, some people propose to make use of the unexpected parliamentary majority to implement a Common Civil Code, abolishing the present anti-secular system of religion-based Civil Codes, most prominently the Shari’a (Islamic law) for the Muslim community. This is desirable in the long term, and it is secular par excellence, for by definition, secular states have equality before the klaw of all citizens regardless of their religion. But getting there is difficult. Islamic preachers all over India will call for resistance, as this is an attack on the heart of Islam (which sees itself as a total system: theologgy, politics and the law are intimately related). Large-scale riots will follow, and the media are more than ever ready to pin the blame on the Hindus.
Moreover, this is not an issue that Hindus lose any sleep over: premodern Hindu society had different laws and customs for different Hindu communities (e.g. the alleged “Hindu” custom of widows’ self-immolation was confined to the Rajput and allied castes and shunned by most Hindu castes) and naturally extended this legal pluralism to foreign communities with yet different law systems. A Common Civil Code is not a Hindu but a secular demand, and Hindus should not take the blame for the fall-out of what ought to be a reform by the secularists. So, do embark on a course leading to a ommon Civil Code, but proceed slowly and carefully. Among other things, convince the secularists that this should be their own baby, and that it is up to them to sway Muslim public opinion in favour of a modern law system.
In the weeks ahead, we will hear more of unworkable or counterproductive plans, or projects for which the competence is lacking (remember the failed history textbook overhaul of ca. 2002). It is now imperative to steer the Hindu government in the right direction and shield it from emotional and ill-considered initiatives. There is so much good to be done, so many corrections of prevailing anti-Hindu policies and laws, that we should not waste time and opportunities on erratic impulses.

Disclaimer: The article is the sole opinion of the writer and hill post does not necessarily subscribe to the views expressed