“The chief minister is habitual of first dragging people to court for defamation and then withdrawing the case, with pursuing the matter to its logical end,” party spokesman Ganesh Dutt said here today. 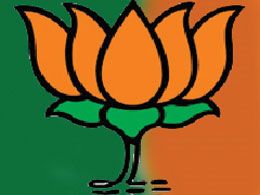 Demanding an apology from the chief minister, Dutt said, “by having taken back a defamation case filed by him against Arun Jaitley, it was amply clear that Virbhadra Singh had filed a false case in the first place.”

“Such a step by the chief minister has damaged the reputation of Arun Jaitley and he should apologize for it,” he added.

The party spokesman pointed out that earlier Virbhadra had filed defamation cases against former minister Vijay Singh Mankotia and journalist Baldev Dukia but had later withdrawn them without claiming any damages.

He said that Virbhadra had filed the defamation case against Jaitely, after he had written to the then Prime Minister Manmohan Singh and CBI demanding a probe into allegation of corruption leveled.

Dutt said that withdrawing the defamation case would not hinder the CBI investigations being done against him.