Dehra Dun : Prime Minister Narender Modi may have inadvertently given Uttarakhand chief minister Harish Rawat a reprieve. By not inducting any MP from either Himachal Pradesh or Uttarakhand in his cabinet of ministers, an impression has gone amongst the people of this small hill state that the Prime Minister is anti people of the hills.

And they have reasons to be disgruntled. Despite the fact that there was not much of an anti-incumbency factor against the governments in both these hill states, the people voted against the Congress with vengeance. So great was the support for Modi that the BJP swept all the nine Lok Sabha seats in the two hill states. 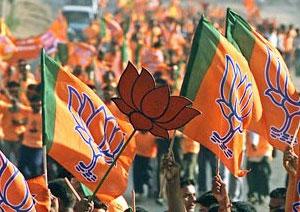 Consequently there was a feeling amongst the masses that their love and support for Modi will be rewarded by inducting an MP in the central government. Not that there were no big names who could have been inducted, Bhuvan Chandra Khanduri from Uttarakhand and Anurag Thakur from Himachal to name a couple, but Modi decided on no representation to the hills.

This has brought some relief to Uttarakhand chief minister Harish Rawat who is not only desperately trying to keep his flock together and save his government, but has also to face the masses and get elected to the vidhan sabha by July 31. He was made the chief minister of Uttarakhand on Feb 1 and has six months time to enter the state legislative assembly.

If party sources are to be believed, Harish Rawat was at his wits end in trying to locate a safe assembly segment for his election. With Congress having lost in 63 of the 70 assembly segments in the recent Lok Sabha elections, there appeared to be just seven safe bets for him, but them there were two riders for him in choosing from amongst these seven seats.

First would the seven sitting Congress MLAs oblige the chief minister by resigning and making way for him to get elected and second the Congress has just 33 legislators in a House of 70 and is enjoying the support of seven outsiders, including independents, UKD and BSP MLAs. Under such circumstances getting one MLA to resign to make way for him would not change the number equation.

The chief minister does have the option of contesting from Someshwar or Doiwala seats, which will be vacated as the sitting MLAs, both of the BJP, Ajay Tamta and Ramesh Pokhriyal ‘Nishank’ have been elected to Lok Sabha. Harish Rawat is weighing his options for both these seats and has already started doling out sops to the assembly segments to woo the voters.

Realising that the going could have been tough for the chief minister in both these assembly segments, the Congress state leaders have already started encashing the growing resentment against Modi for not inducting anyone from the hills in his cabinet. They feel that this resentment against Modi in particular and with it the BJP could be the stepping stone for Rawat to enter the vidhan sabha.

The Congress leaders have already started speaking in terms of the fact that while Modi in his public speeches in the hill states was advocating a separate hill policy for the hill states so that the process of development could be expedited in these regions, but he has no one in the cabinet to pursue the creation of a hill policy.

The have also started spreading rumours that the so much love that Modi showed in his speeches for the hills during his campaign speeches were only to woo the voters. “Now that his ends have been met in as much that he has won all the nine seats from the hill states, the façade has been blown and his real posture of bias against the hills has been exposed”, they are alleging.

There may not be much truth in these allegations, but it is helping the Congress in creating an anti-Modi and with it an anti-BJP stance in this small hill state, which will eventually help chief minister Harish Rawat, who is finding the going tough, to make it to the vidhan sabha.

However, realizing the mass negative publicity being created against it for ignoring the hill states and hill people in making a cabinet minister, state BJP leaders are trying to tem the rot. They can be heard placating the party rank and file by saying that there is an expansion of the central cabinet on the cards before the budget session and the hill states will surely get a representation in the expansion.