Freedom of speech is regarded as the first condition of liberty. The Universal Declaration of Human Rights states that ‘everyone has the right to freedom of opinion and expression’, yet there are certain provisos on that statement.

But in politics provocative free speech does reflect the hatred and political rivalry between parties which come to the fore during election campaigns.

Personal attacks and indulging in giving abhorrence speeches against their opponent can have disastrous results.

Such an incident came to light during the recent election campaign in U.P. where Election Commission banned Amit Shah, Mulayam Singh’s chief aide and SP minister Azam Khan from holding public meetings and rallies for their communally provocative speeches. 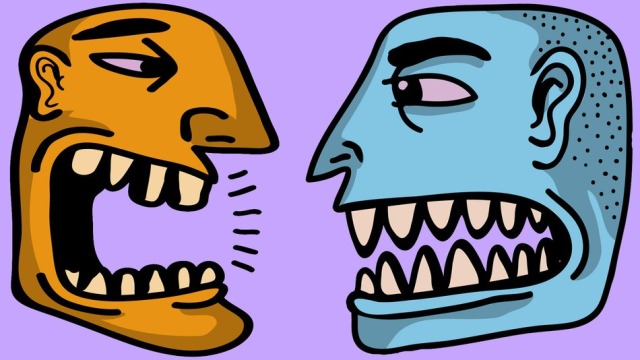 It is appalling to see that the parties who claim to have moved on from the politics of communalism and who pretend to be secular feel the need to use such inflammatory language in their desperate attempts to polarise voters on communal lines.

On 14th April, Mohd. Azam Khan was booked for allegedly making a proactive speech at an election rally. Earlier on April 11, Khan has been accused of flaring up communal feelings and trying to divide the communities on religious lines by his speech.

In another incidence congress candidate from Saharanpur Imran Masood faces criminal charges for his hate speech.

The Election Commission of India also  did ban BJP leader Giriraj Singh, who was caught in a hate speech row while addressing rallies in Bihar and Jharkhand.

Nowadays it has become a trend in politics to attack their opponent on personal issues. This might temporarily bring them in the limelight but can later create a dilemma.

Hate speeches, personal attacks and using harsh words against opponents among political parties seems endless. It is definitely not the ladder to win election instead it can cause damage to the image of the person and the party.

This issue is not new. It is prevalent from ages. If we look in the past many political parties have attacked each other. In 2007 Congress President Sonia Gandhi attacked Modi using words like “Maut ka Saudagar”.

During 2009, while campaigning for his first elections for the Lok Sabha in U.P., Varun Gandhi was accused of making hate speeches and was booked under various sections of  IPC and the People’s Representation Act for promoting enmity.

In 2012 Advani’s controversial statement in the Lok Shabha shocked the Congress leaders. However, after strong protest by the Congress, Advani was later forced to withdraw his statement.

Article 20 of the declaration states that ‘any advocacy of national, racial or religious  hatred that constitutes incitement to discrimination, hostility or violence shall be prohibited by law’.

Therefore, the argument might continue, when we ban hate speech, we are not banning ideas but rather particular kinds of socially harmful acts.

Hate speeches and personal attacks are not the criteria to win elections. It not only causes rivalry between the parties but also give rise to hatred and communal violence. The trust that the followers hold for their leaders is lost.