Considered to the largest foreign direct investment in the power sector, the two hydropower plants would be transferred on TAQA by way of a debt transfer and a cash deal.

The Karcham Wangtoo power project happens to be the largest private sector hydropower plant in India. 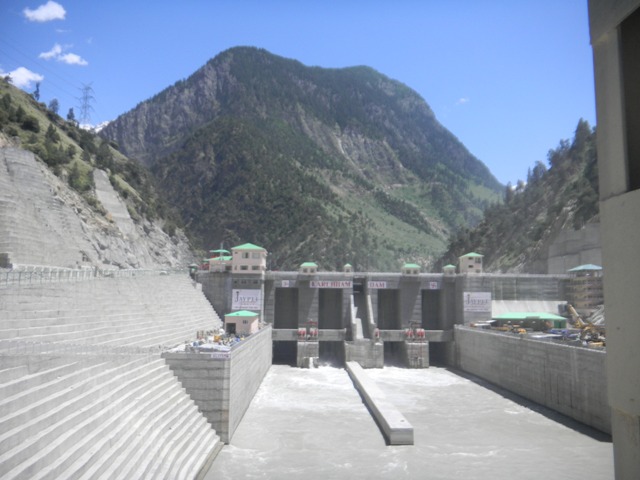 Overall the two projects are said to have been valued at Rs 10,500 crores and TAQA besides taking over the debt would be paying Rs 3820 crore (USD 616 million, based on Mar 1 2014 foreign exchange rate), to acquire a controlling stake of 51% in both the plants.

The balance of Rs 6,680 crore would be a debt / loan transfer to TAQA and would help Jaypee Group to retire debt from its over leveraged balance sheet.

Group chairman Manoj Gaur something ago had assured investors to retire Rs 15,000/- crore debt before close of the financial year.

By selling of these power plants, the Jaypee Group has exited the hydro sector in Himachal Pradesh as it does not own any other hydro plant in the state.

Having acquired these assets TAQA, the international energy and water company from Abu Dhabi, has become the largest private operator of hydroelectric plants in India.

A Jaypee Group spokesman disclosed, “the agreement follows the signing of the UAE-India Bilateral Investment Promotion and Protection Agreement in December 2013 and a commitment made by the UAE to invest USD 2 billion in India’s infrastructure sector at the first UAE-India High Level Joint Task Force on Investments meeting held in Abu Dhabi in February 2013.”

The consortium agreed to purchase the Baspa Stage II and Karcham Wangtoo plants in the northern state of Himachal Pradesh, from Jaiprakash Power Ventures Limited, a subsidiary of Indian infrastructure conglomerate Jaypee Group.

TAQA, which holds a 51% stake in the consortium, will have control of operations and management of both facilities under the proposed deal. The remaining equity will be held by one of Canada’s largest institutional investors (39%) and IDFC Alternatives’ India Infrastructure Fund II (10%).

The acquisition is expected to close in 2014 and is subject to regulatory and third party approvals.

Both plants are located in Kinnaur district within two kilometres of each other and share support facilities. They use run-of-the-river technology to convert natural water flow to electricity, eliminating the need for a reservoir. The plants are 35 kilometres from the Sorang hydroelectric plant, in which TAQA acquired a stake last year.

This investment will be given final shape at the second meeting of the UAE-India High Level Joint Task Force in Mumbai on Monday 3 March 2014 co-chaired by His Highness Sheikh Hamed bin Zayed Al Nahyan, Chairman of the Abu Dhabi Crown Prince Court, and His Excellency Anand Sharma, India’s Minister of Commerce and Industry.

TAQA, meaning energy in Arabic, is the brand name of Abu Dhabi National Energy Company PJSC that is operating in 11 countries over four continents.