Special Forces of India are open to all Indians.... 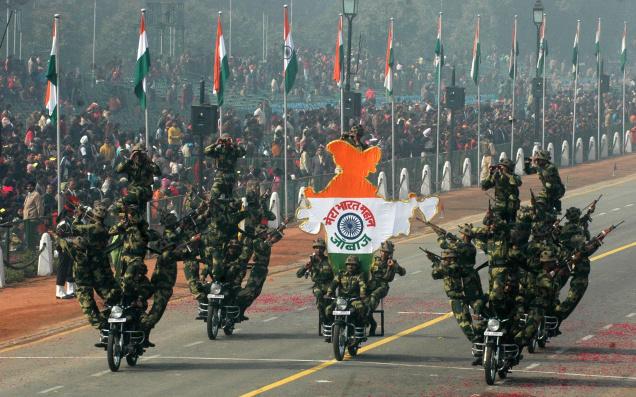 There is no doubt that British Indian Army had a Chamar Regiment that also participated in World War II against the Japanese. In fact the Commonwealth War Cemetery at Kohima in Nagaland, which also marks the location of the tree up to which the Japanese had advanced, has names of two martyrs of the Chamar Regiment engraved in the Roll of Honour. The media, quoting Bagha, has covered following main issues: the Chamar Regiment in British Army was formed on recommendation of a committee, which was constituted to find out martial and non-martial races in India; further research was conducted to identify martial castes among the scheduled castes, based on which the Indian British Government constituted the Chamar Regiment in March 1943; headquartered in Jabalpur, Madhya Pradesh, the Chamar Regiment remained in the British Indian Army up to 1946, after which it was banned (read disbanded) due to “unforeseen circumstances”.

Bagha reportedly goes on to say in his letter, “It is strange that the Sikh Regiment, Jat Regiment, Gorkha Regiment and Dogra Regiment formed on the basis of caste or religion continues to exist, while the Chamar Regiment was disbanded. As there is no reservation in the Army, scheduled caste youths are not getting commissioned into it. On the other hand, other castes and religions are getting “indirect” reservation on basis of their status of being martial and non-martial races. The questions that the Punjab State Scheduled Castes Commission leaves unanswered is as follows:-

Considering the above, many clarifications are required from the Punjab State Scheduled Castes Commission. Are they recommending a ‘Chamar Regiment’, a ‘Scheduled Caste Regiment’, a ‘Scheduled Caste-cum-Scheduled Tribes Regiment’, or a ‘Dalit Regiment’? How does one define the “oppressed” or “backward” anyway and what about reservations; with every political party claiming ownership of Dr BR Ambedkar, eulogizing him at every step, but not adhering to his dictum of restricting reservations to a decade beyond promulgating the Constitution? In fact, Dr Ambedkar would be turning in his grave witnessing how reservations continue to be exploited in present day India for political gains – the promises and skullduggery during election campaigns, as being witnesses in the run up to the forthcoming Gujarat polls. Not without reason, Microsoft co-founder Bill Gates calls India’s education system his biggest disappointment.

The irony has been that instead of bringing up the education standards of the deprived, reservations in government institutions have lowered the standards for ‘reservists’ – resulting in overall degraded output. And, how many of those officially rated ‘oppressed’ or ‘deprived’ are / have been multimillionaires or billionaires for how many decades, with their dynasties continuing to enjoy the fruits of a the system while wallowing in moolah – simply because those in power will never link reservations to poverty at ground level? But talking of reservations, why doesn’t Bagha not recommend an ‘Arunachal Regiment’, ‘Meghalaya Regiment’, Sikkim Regiment’, ‘Andhra Regiment’, ‘Himachal Regiment’, Odisha Regiment’, why only a ‘Madras Regiment‘ and why not also a ‘Kerala Regiment’, so on and so forth?

But most importantly, does the Punjab State Scheduled Castes Commission and its Chairman Rajesh Bagha know how many units in the entire India Army (not Infantry alone) are open to all Indians and that Sikh, Dogra, Jat etc are not castes anyway? Would it shock them to know that the Special Forces of India are open to all Indians? Should the Commission want to sponsor youth (whom they ironically consider “Chamar”), they would be readily accepted provided they have the brawn and the brains (no reservations please) to get through the selection process. Ironically, some commissions in the past even approached the government for appointing certain individuals as Army Commanders and equivalents, even Service Chiefs on grounds of reservations / minorities etc – which is ludicrous. The Indian Army is the finest set up and the most secular organization in the country. There are many other ways to prove and work for the objectives of the Punjab State Scheduled Castes Commission. There is no need to mess with the Indian Army’s fabric. A frog in the well approach for scoring political brownie points is detrimental to national interests.