So the “supari” that had been issued against Arvind Kejriwal after his filing of the famous Gas FIR has been executed by the BJP and the Congress and the Aam Aadmi Party has been shown the door in Delhi, at least for the time being. But the burning plume of gas left behind at the Ambani well-head will not subside as conveniently, and indeed will only become more intense as the elections draw nearer. 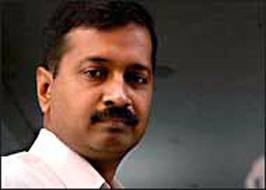 Kejriwal has made a very serious charge against the Govt. and Mr. Ambani, as have four of the most respected citizens of the country, who, incidentally have had a ring-side view of the establishment’s manner of functioning.

The registration of a criminal FIR against a Union Minister and Mukesh Ambani, no less, is absolutely unprecedented.

Attaching criminal intent to a decision of the Union cabinet is unparalleled. Alleging windfall benefits of Rs. 54000 crores per annum to Mr. Ambani is outrageous (if true) and scurrilous (if not).

The public waited for a thunderbolt of denial from the Government or the Congress, a White Paper on the price revision of the gas from the KG Basin, at least a detailed statement from the Minister in Parliament (between the knife wielding and the pepper spraying side-shows) or the spokesperson on TV.

All we got, instead, was the epiphanic revelation from Mr. Moily that Kejriwal was ignorant.

The Govt. said that it would go to the Supreme Court, its favorite haunt for burying chestnuts it finds too hot to handle. Not a word of explanation for the public.

The Opposition was equally subdued.

Here I refer to the BJP because we don’t expect the two Madams or Mulayam Singh or Mayawati or Lalu Yadav or Sharad Yadav to bother about a few thousand crores of public money. 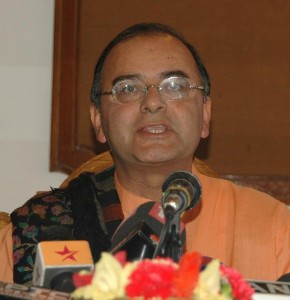 The BJP was strangely silent in the middle of a Parliament session, when here was a heaven sent opportunity to stall Parliament for the second year in a row and set a Guinness record! All we got was an erudite statement from Mr. Jaitley about how Kejriwal was assaulting the federal structure (an admission of sorts, some would say, that Mr. Ambani IS the federal govt.!)

Equally surprising was the demeanour of the elitist press and TV who suddenly appeared like a shoal of piranha going on a vegetarian diet. The news of the FIR was mentioned in passing, a few “experts” were hauled in front of the camera to mouth technicalities that no one understood or hosannas to Mr. Ambani that everyone did, and then the matter was dropped and the flush pulled. Period.

And this is the same media that spent DAYS on Kumar Vishwas’s poor joke about nurses and went apoplectic about Kejriwal moving into an official house or sitting on a dharna.

There were no sound bytes from the regular cogniscenti or glitterati who otherwise line up every night on prime time to air their views on things that bother them. Presumably, 54000 crores is just loose change they couldn’t be bothered with.

Readers of Sherlock Holmes will certainly recall that story (I forget the name) where Holmes is investigating a blind murder in a country manor. There are no clues- no witness, no signs of forced entry, no evidence left behind, even the guard dogs had been quiet that night. And that is what Holmes found curious-why did the dogs not bark?

It is in the nature of dogs to bark at intruders, and their not doing so was the clue which Holmes had been looking for and which ultimately led him to solving the case.

Why is there no barking now?

There is more to the KG Basin story than meets the eye and the Govt. trying to hide behind the Rangarajan report won’t wash. This report was submitted in December 2012, long after the KG gas was allotted to Mr. Ambani’s RIL.

The PSC (Production Sharing Contract) with RIL was based on the then existing price mechanism which stipulated a cost plus formula, not a market price (which RIL has now got).

Kejriwal is quite correct when he maintains that the contracted price was $2.34 per MMBTU. This was revised in 2007 to $ 4.20 in 2007 under the new NELP (New Exploration and Licensing Policy).

It is a moot and debatable point whether RIL could have been given the benefit of the NELP formula when its contract predated it and should instead have stood on its own legs.

However, even if we accept the 2007 price revision, the current proposal to further increase it to $ 8.40 certainly needs a deeper investigation, or at least a convincing explanation from the govt. True, the 2007 decision of $4.20 provided for a review of the price after five years, that is, w.e.f. 1st April 2014.

But this revision should have been allowed on price indexation, not by a jump to parity with market prices, which is an entirely new mechanism which did not even exist in 2007, let alone when the contract with RIL was signed. Once again, Kejriwal cannot be faulted with this assertion.

The Govt. says (when it deigns to speak) that this latest revision is based on the Rangarajan Committee’s recommendations.

True, this Committee has suggested moving away from the Cost plus formula which is difficult to monitor or audit owing to the gold-plating of costs involved.

The Govt. claims it has simply applied this mechanism to now revise RIL prices to $8.40.

This appears to be patently erroneous, if not worse. For the Rangarajan Committee’s recommendations come with a very specific caveat that the new mechanism would apply prospectively, and not retrospectively. I quote two of these caveats:

PARA 1.8 OF THE SUMMARY OF RECOMMENDATIONS

“All the PSCs signed by the Govt. upto the ninth round of NELP will continue with the existing fiscal model, ensuring the sanctity of these contracts.”

PARA 4.9 OF THE SUMMARY OF RECOMMENDATIONS

“It is clarified that the proposed pricing formula would only apply prospectively and is not proposed for application to gas prices already approved.”

It could not be clearer from the above that RIL could not have been given the benefit of the Rangarajan Committee’s new pricing formula because the KG Basin contract was signed before the ninth round of NELP. In fact, the Committee was well aware of the fact that RIL had been constantly trying to link its prices to international prices and had been pushing for import parity pricing. The Committee categorically rejected this as (in its own words) “this will give a huge monetary benefit to domestic producers.”

How then are the Committee’s recommendations being applied to KG Basin gas to give such a huge benefit to RIL?

Not only is the govt. not clarifying this, it is trying to drag other red herrings across the trail to throw us off the scent. It is now claiming that since ONGC and GAIL produce 70% of the country’s natural gas (and private players only 30%) the major benefit will go to PSUs and not RIL.

How is this relevant?

It is clear that there can only be one gainer in this dubious transaction.

We may be wrong in our assessment. But we have a right to know the full facts.

It does not behove an elected govt. to treat its citizens as mentally challenged and not worthy of being apprised of the truth on an issue of such financial magnitude.

It behoves it even less to hide behind an army of expensive lawyers and take cover in a thicket of legalese which it will take years to penetrate. And it is equally incumbent on our other political parties, media and social organisations to demand answers.

Do not bite, but at least bark.