Dehradun: The Badrinath-Kedarnath Temple Committee has suspended the ‘rawal’ (chief priest) of the revered Badrinath shrine, Keshavan Namboodiri, following his arrest by the Delhi Police on a complaint of alleged molestation by a woman. 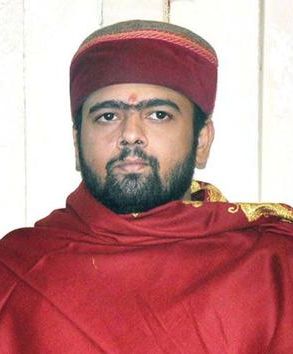 However, the president of the Committee, Ganesh Godiyal, made it clear to newspersons that the chief priest had as of now only been suspended as of now with immediate effect. “A final decision in the matter will be taken only after information from the Delhi Police and an inquiry committee has been constituted in the matter” he added.

He said that the committee will prepare its final report on basis of the information that it collects from various sources, which will form the basis of the final action that will be taken. “If found guilt he will be removed from the coveted seat and as of now the ‘naib rawal’ will perform the rituals at the temple”, he claimed.

Incidentally, according to information gathered the woman who lodged a complaint at the police station is the managing director of a company that has a three-story hotel at Badrinath. It was also claimed that during her frequent trips to Badrinath during the season, she used to pay her obeisance to the ‘rawal’, who allegedly tried to molest her in the hotel room.

While the woman in her complaint to the police has alleged that the ‘rawal’ was in an inebriated condition, the whole episode has shocked the residents in the upper reaches of this small mountain state, particularly the periphery regions of the holy township of Badrinath. The people have yet to come to terms with fact that the ‘rawal’ has been arrested for an alleged molestation bid.

But what has surprised and shocked the people is the fact that Keshavan Namboodri was known to be strict follower of the holy scriptures and held in high esteem by the local people and the large number of pilgrims who visit the shtine every season. He was never known to have crossed the line with either any of the locals or pilgrims, even those who came to his lodge for ‘darshan’, maintaining a respectable distance.

The local Dimri population of Badrinath that is closely associated with worship at the Badrinath shrine maintain that the ‘rawal’ had never been involved in any controversy in the township, which was the reason that he was held in high esteem, besides, of course because of the position he held as chief priest, which was why it is hard to believe iof the alleged molestation bid.

Incidentally it may be mentioned that Adi Shankaracharya who established the Badrinath shrine amongst others had categorically put on record that the ‘rawal’ (chief priest) of the temple will be a Namboodripad Brahmin hailing from Conoor district of Kerala. The appointment of the ‘rawal’ is done by the Badrinath-Kedarnath Temple committee, and besides a salary, he also gets seven and a half per cent share of all offerings at the shrine