Not that the heavily leveraged Himachal Pradesh budget has any scope for incorporating much of the public views to make it a public centric budget but the contagious AAP flue has forced the state government here to seek suggestions from the general public, industries, trade and farmers associations so as to reflect that views of all stakeholders have been taken on board.

In a publically released communiqué yesterday, Dr Shirkand Baldi, principal secretary Finance announced that the process for formulation of the 2014-15 state budget had commenced and suggestions were being invited. 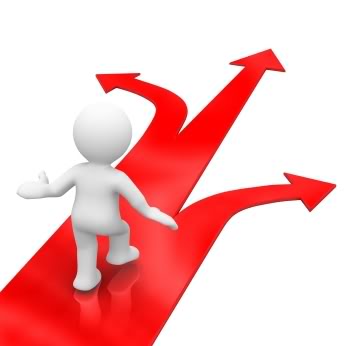 The real question before us actually is – Do we have a choice?

For an oversized government, no political party in Himachal Pradesh is willing to come to grips with the grave financial situation that the state faces.

The biggest non-productive expenditure the state incurs is on employee salaries. Only a glimpse at the 2013 budget will reveal that of the total budget of Rs 21,767 crore, Rs 6956 crore was required for paying salaries.

In percentage terms it works out to 30.30 percent of all budgeted expenditure.

One need not look any further. Even a 10 percent cut in this expenditure would release Rs 695.6 crore for more productive development works.

For a state that has lost its sway in reigning in runaway expenditure, a salary cut is unthinkable, but even a salary and pension freeze, would be a breather.

However the midterm budget appraisal papers placed before the state assembly during the monsoon session in August 2013 showed that the pensions bill was likely to increase to Rs 3146.09 crore, an increase of Rs 306.17 crore over the March 2013 budget estimate.

That not all, with lifespan increasing and untamed inflation ruling the day, the salary and pension bill is only going to rise.

The other day Mr Avay Shukla, the former additional chief secretary, pointed out an interesting fact that Himachal Pradesh with just 0.5 percent of the country is host to 3% of the country’s IAS Cadre.

And the more high wage earning retired babu’s the state re-employs that much higher the salary bill rises.

One could argue that a 46.41 percent bill on salaries and pensions is manageable provided the rest is available for improving infrastructure, setting up newer and better urban centers, improving off-season agriculture productivity, encouraging mountain environment conducive industries such as tourism, food processing and IT – something which would empower the people with better livelihood options but there is very little maneuverability for it.

The heavy debt the state has raised over the years to meet its commitment liability incurred a cost of Rs 2431 crore on interests and Rs 1714 crore towards loan repayment.

Paying an estimated Rs 14,247 Crore for 2013-14 on salaries, pensions, interests and loan repayments takes up 65.45 percent of the entire budget.

The midterm budget reappraisal laid down under the HP Fiscal Responsibility and Budget Management Rules (FRBM) report by chief minister Virbhadra Singh, who is also the finance minister, during the monsoon session in August showed that the year’s revenues were likely to fall short by Rs 2086.08 crore and the expenditures were likely to overshoot by Rs 505.98 crores.

The year’s fiscal deficit which at the start of the financial year was project at Rs 2324.19 crore was expected to more than double to 4820.43 crore.

The finance department which was banking on receiving Rs 1113.03 crore from Bhakra Beas Management Board to sure up revenues on account of power arrears due, had come unstuck as the states asked to cough up the dues were not paying the amount.

It is an open secret that the state is failing to achieve its annual plan targets and the chief minister has knocked the doors of Prime Minister Manmohan Singh at least three time demanding Rs 2100 Cr as special grants. He has even followed it up with Finance Minister PC Chidambaram but nothing has come through.

On a day when the Virbhadra Singh government completed a year on office (25 December, 2013) when he was questioned about it, the chief minister responded by saying that things take time and funds were in pipeline.

No matter what the chief minister says, the central government has not even released any calamity relief for the natural disaster that hit Kinnaur last summer. The state has made a Rs 1972.08 crore calamity relief case. 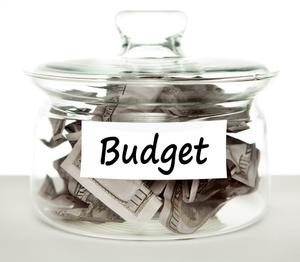 A state which is out with a begging bowl to meet its committed liabilities, can it offer choices to its citizens to have a say in budget making.

Where Srikant Baldi, the finance secretary, has asked the industries department to start discussion with industry associations and agriculture and horticulture departments to elicit views of the farming community, so as to take all stakeholders and general masses on board in the exercise budget making that would help to make it more people centric and closer to aspirations of the people.

“It would help the government to frame such policies and programmes which are more development and people oriented,” says Dr Badli.

Some suggestions that would certainly not find any favour with the Finance Secretary or the political masters could be:

The list could go on and on but again the fundamental question remains:

Do we have a choice in formulating the state budget?