Shimla: For ministers, including the chief minister, MLAs and former MLAs it was party time as they without a voice of dissent on Friday voted themselves a hefty pay hike (more than 60%) even as the state’s debt ridden finances deteriorated further with the fiscal deficit projected to more than double up for the current year.

Laying a receipt and expenditure review report, chief minister Virbhadra Singh who is the finance minister, on the last day of the monsoon session showed that revenues receipts that were estimated at Rs 17700.94 Cr in March 2013-14, were likely to fall short by Rs 2086.08 Cr by end of year.

On the other hand revenue expenditure which was estimated at Rs 17646.97 Cr was projected to increase by as much as Rs 505.98 Cr. 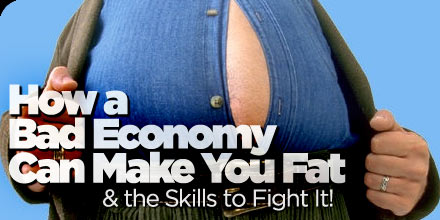 The double whammy of reduced revenues and increased expenditure presented in the latest estimates (August) under HP Fiscal Responsibility and Budget Management Rules (FRBM) projected that the fiscal deficit earlier estimated at Rs 2324.19 Cr was expected to more than double and touch Rs 4820.43 Cr. The overall fiscal deficit is likely to increase by as much as Rs 2496.24 Cr, the review showed.

Fiscal deficit in terms of percentage of Gross State Domestic Product (GSDP) estimated at 2.85% was now projected to be 5.87%, showing a sharp increase of 3.02% over the one presented to the assembly in March.

About the shortfall of Rs 233.49 Cr expected in the tax revenue, the finance department states that this was because of likely lesser VAT and excise realizations as indicated by current trends.

The shortfall of Rs 1113.03 Cr expected in the non-tax revenue account, the department faults having received no receipts from Bhakra Beas Management Board on account of arrears due.

The revised estimates show a likely shortfall of Rs 847.73 Cr of central assistance for the state plan.

On the expenditure side, non-plan revenue expenditure on committed liabilities such as motor vehicle, grant in aid, travel and office expenses is expected to shoot up by Rs 372.92 Cr.

With the state assembly on Friday voting a 60 % pay and emolument hike for MLAs, speaker and ministers that would add about Rs 6 Cr to annual expenditures, the non-plan expenditure is expected to escalate further.

Capital receipts that were estimated at Rs 4190.13 crore are expected to increase by Rs 120 Cr on account of one time receipts of upfront premium for handing out power project sites.

As remedial measures to overcome the fiscal distress, the ministry states that it would work for ensuring faster pace of implementation of hydropower projects and introducing user costs for services provided by government agencies.